Thank you! Your submission has been received!
Oops! Something went wrong while submitting the form.

Lapp is a modern, minimal and clean landing page for marketing your app. Lapp is designed to adapt to your brand and application style in seconds, helping you stand out and drive more downloads. 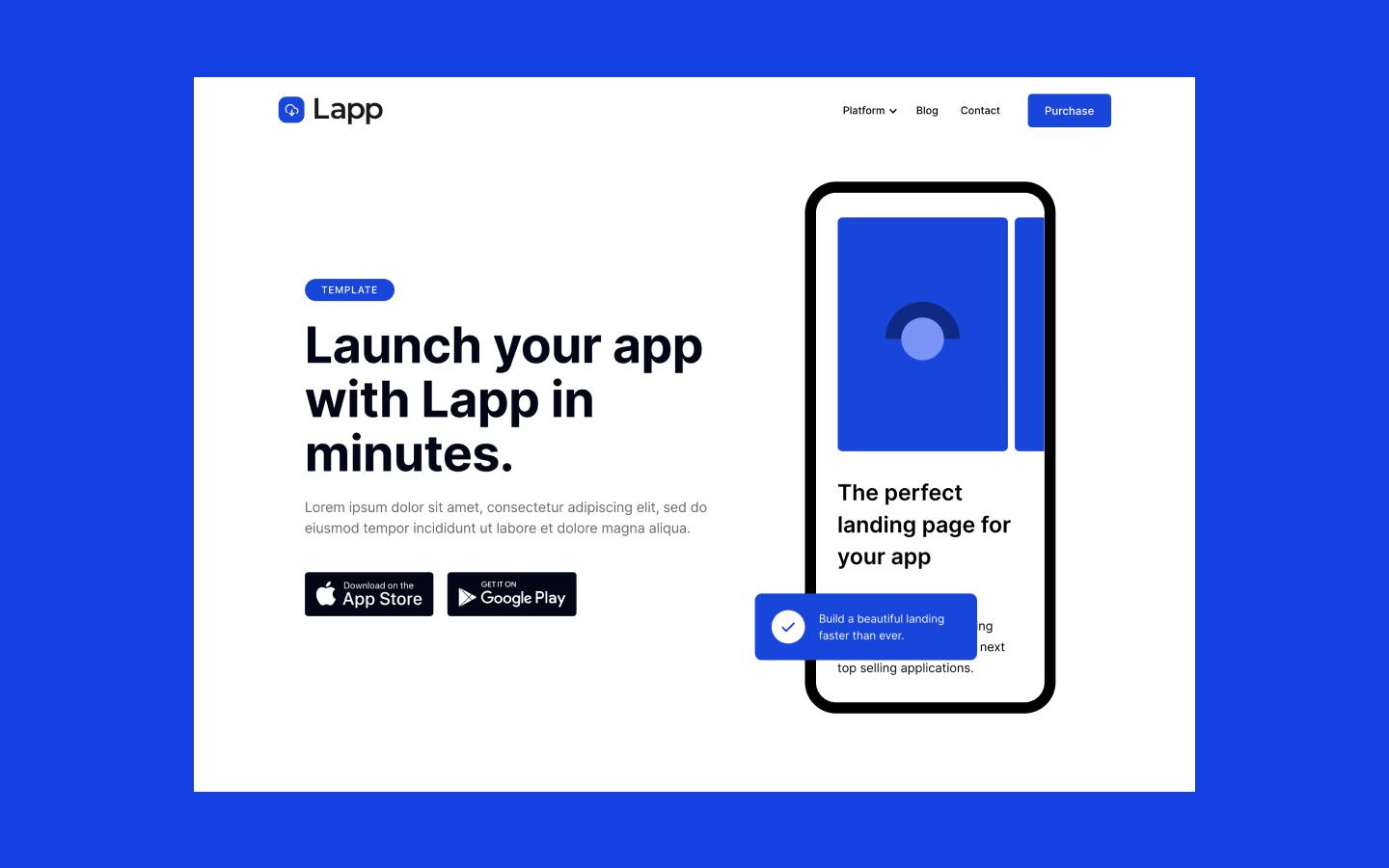 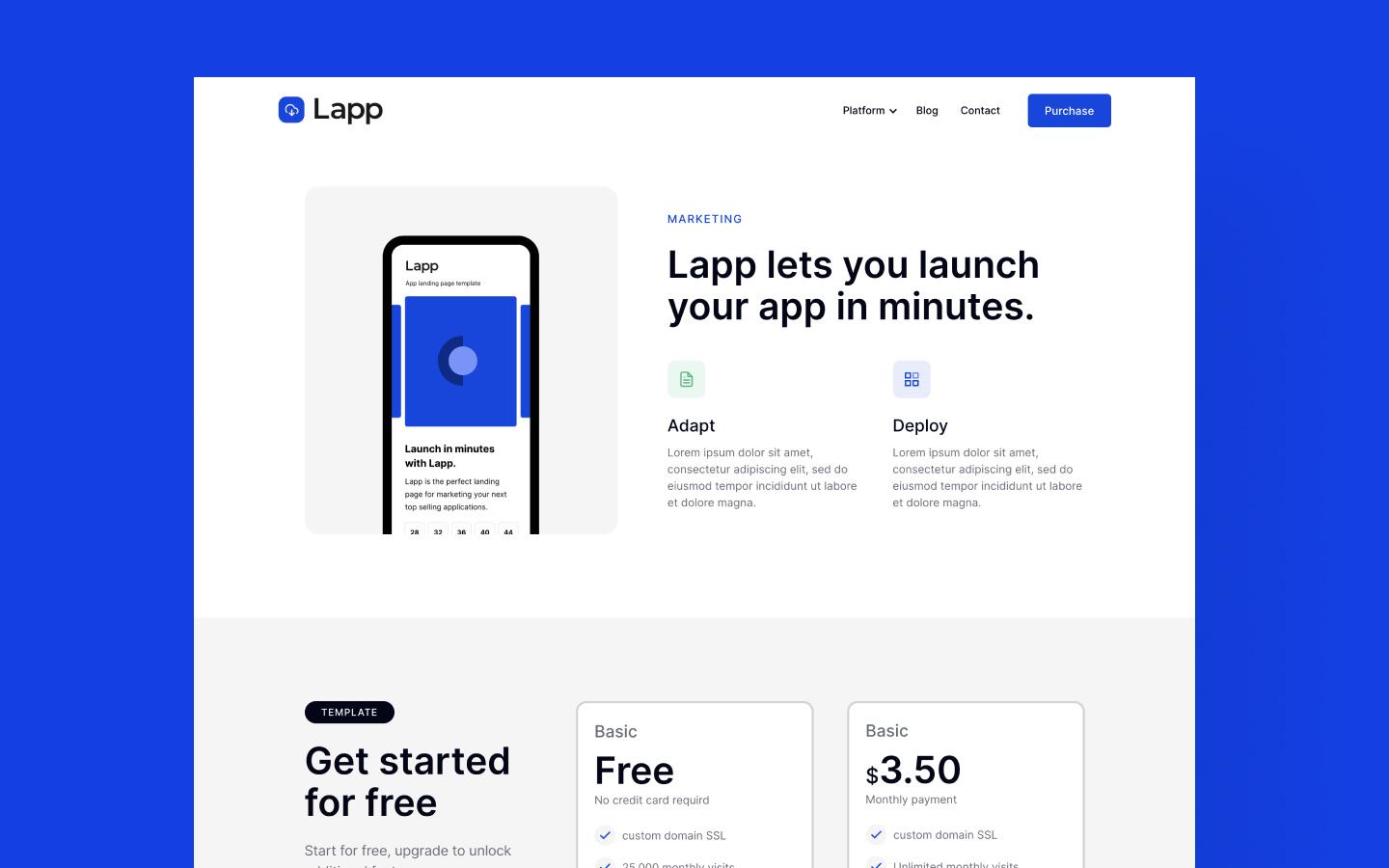 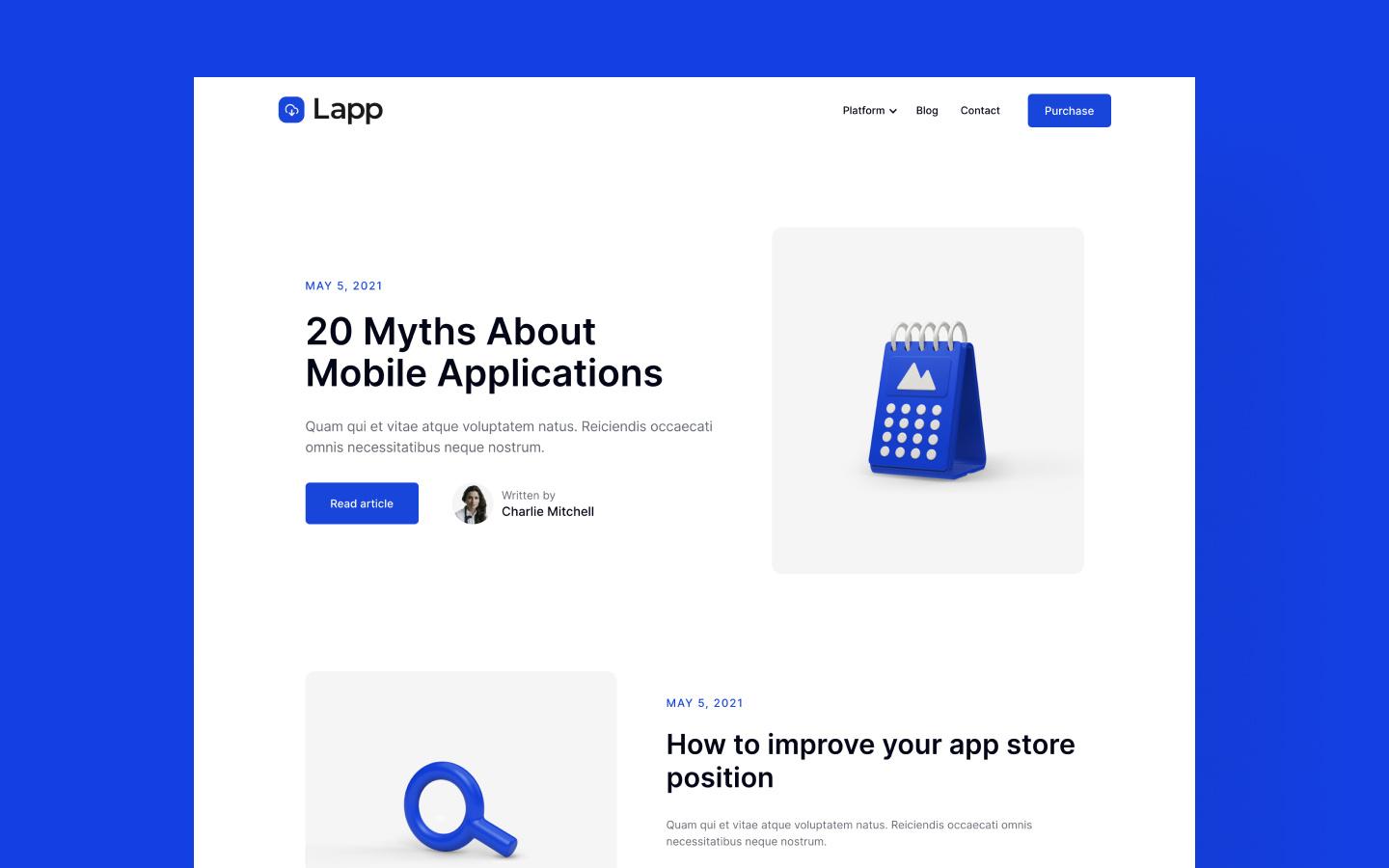 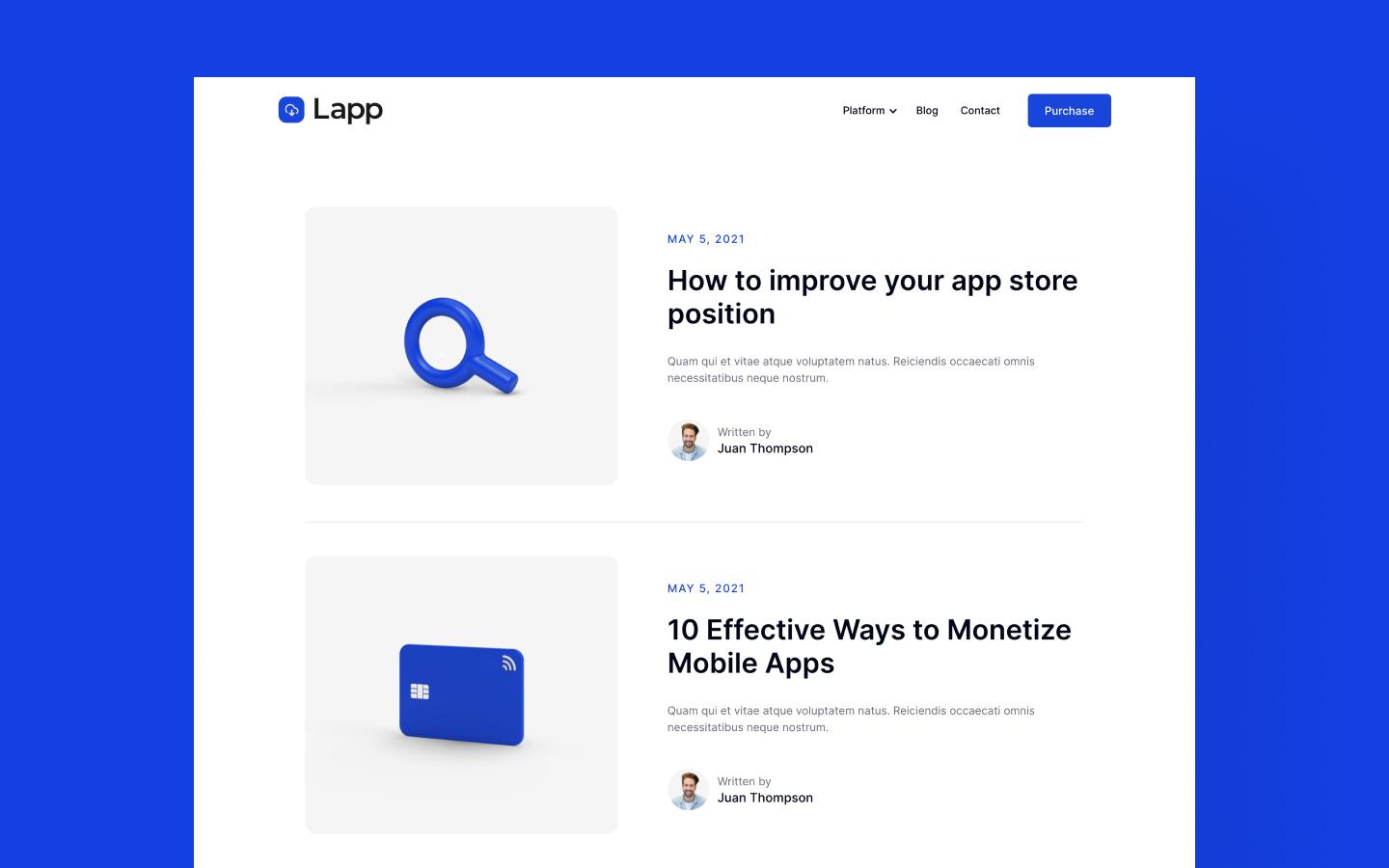 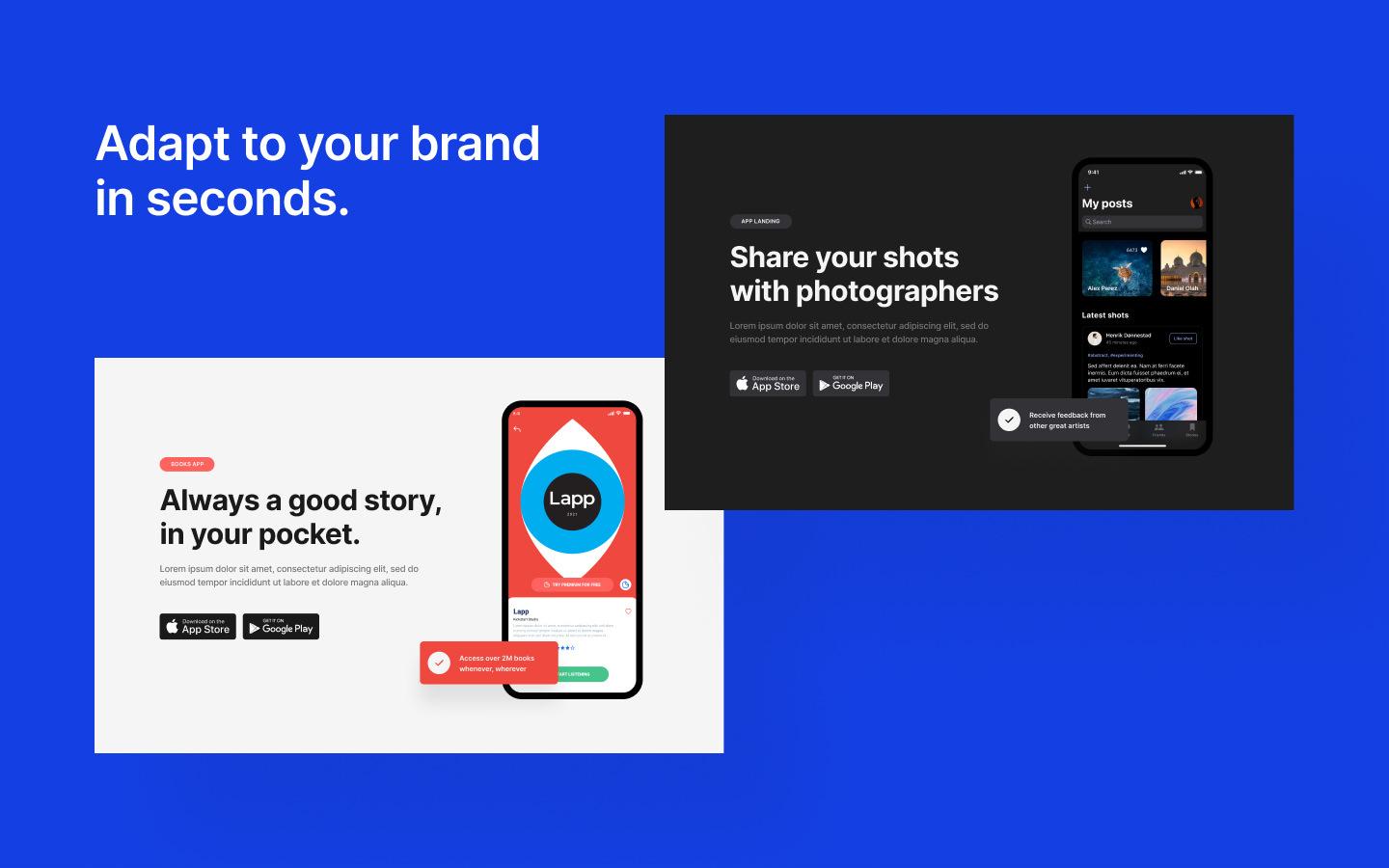 Lapp is a modern, minimal and clean landing page for marketing your app. Lapp is designed to adapt to your brand in seconds, helping you stand out and drive more downloads. Lapp is 100% responsive in all devices and utilizes high converting landing page tactics to sell your app.

Structure: Lapp is designed to be a minimal, clean and therefore extremely converting landing page. It's the perfect landing page to sell your app!

Font: By default, Lapp uses Inter - free open source font. However, you can always switch to any other font which suits your brand.

Interactions: Lapp is packed with elegant interactions, from floating notifications to mockups animating when scrolled into view.

Build your lead lists and subscriber base with beautiful forms.

Reusable elements you can use across your site. Edit a symbol and all copies update instantly.

Comes with animations and interactions for additional polish and usability.

Reposition and resize items anywhere within the grid to produce powerful, responsive layouts — faster and without code.

All graphics are optimized for devices with high DPI screens.

Customize the built-in database for your project or just add new content.

Can only be used by you or one client for one end product. You cannot resell or redistribute this template in its original or modified state.

This template is free to use in both person and commercial projects. You cannot resell, redistribute, or license this template in its original or modified state.

Questions about this template? Just leave a comment below and the designer will get back to you within two business days.

For advanced design guidance, please share your questions in the Webflow Forum or reach out to a Webflow Expert.

Is there a template demo available?

Use the Preview in Designer option to make any edits to the template pages and preview how the layout would fit your content. Changes in preview mode won't be saved.

Can templates be used in existing projects?

It isn't possible to apply a template to an already existing project. Instead, you'll need to create a new project based on the Template.

How many template pages can be edited with a Free Account Plan?

With a Free account plan, it is possible to edit two pages of the template-based project. To unlock more pages and features a premium plan is required.

Can templates be exported?

With a Lite plan (or higher), you can export sites you build in Webflow, including templates, to host them anywhere you'd like.

How to purchase a template from a team account?

Webflow templates are only available for purchase through individual accounts. Once a template-based project has been created it is then possible to transfer it to a team account.

How to remove the CMS functionality from a template?

CMS templates are designed to use the power of the Webflow CMS. It is possible to downgrade to a Basic Site Plan as long as all CMS content is deleted from the project.

Use the View Connections tool to understand where the CMS content is on the site and delete any dynamic listings and CMS content. We also recommend you to check Symbols and the Collection page Templates.

All templates were built by designers using Webflow without writing code. That means you can customize them using our visual interface too. 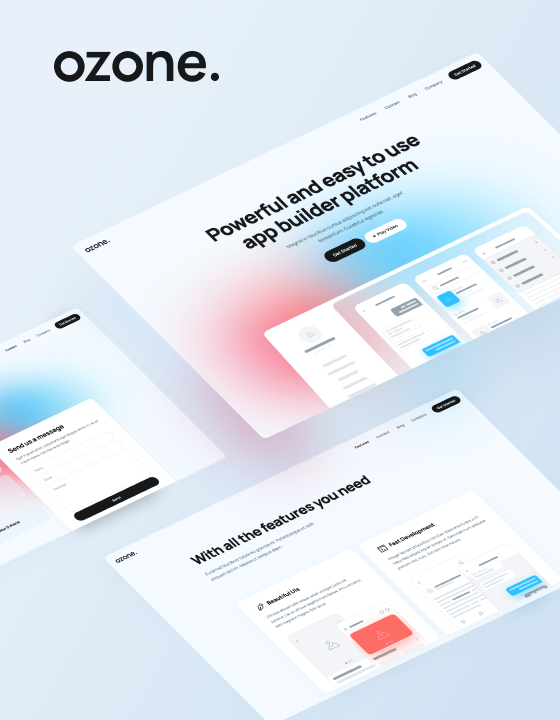 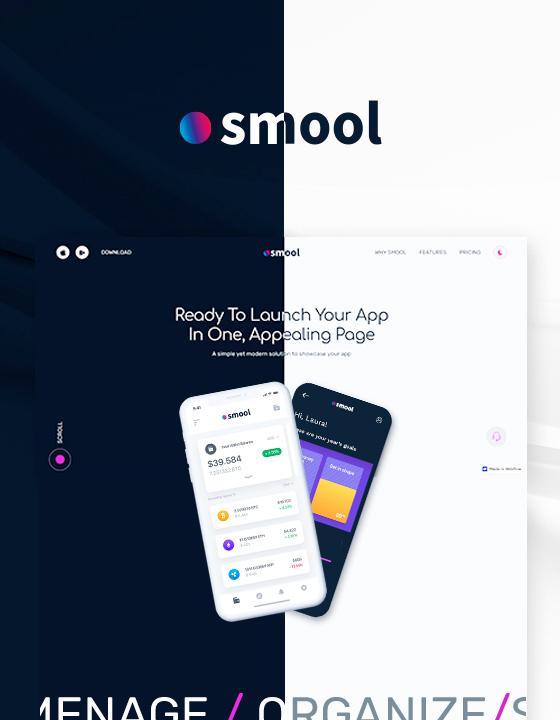 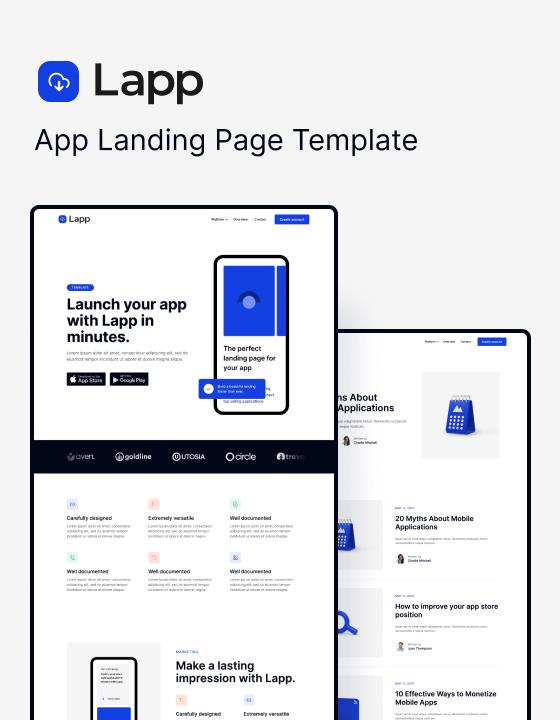 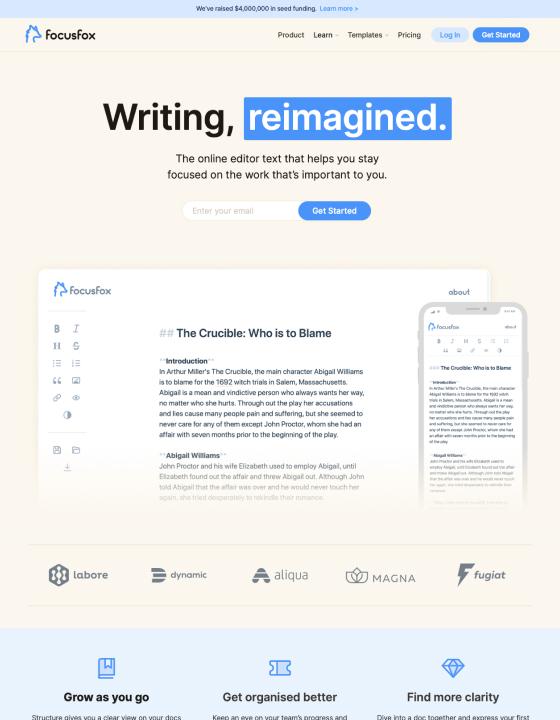 All templates by Kickstart Studio 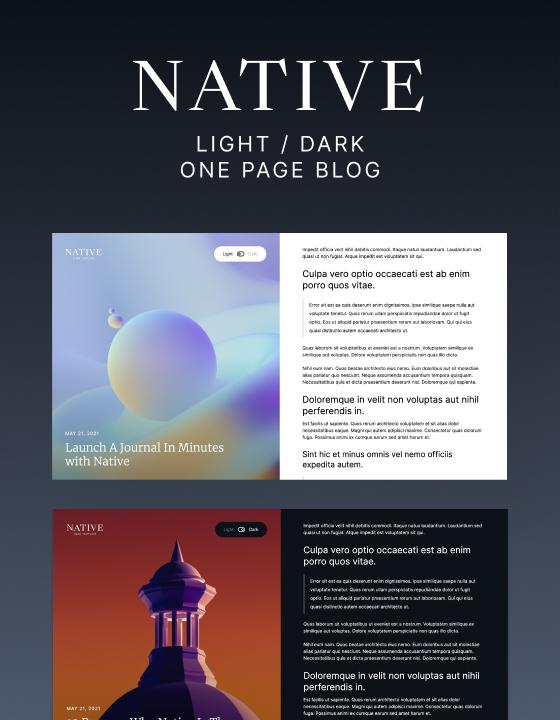 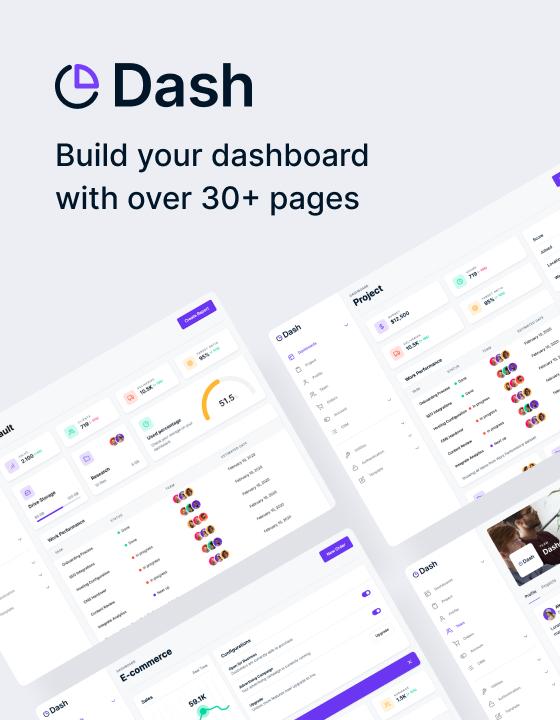 Check out the review process and guidelines to get started selling your own website templates. 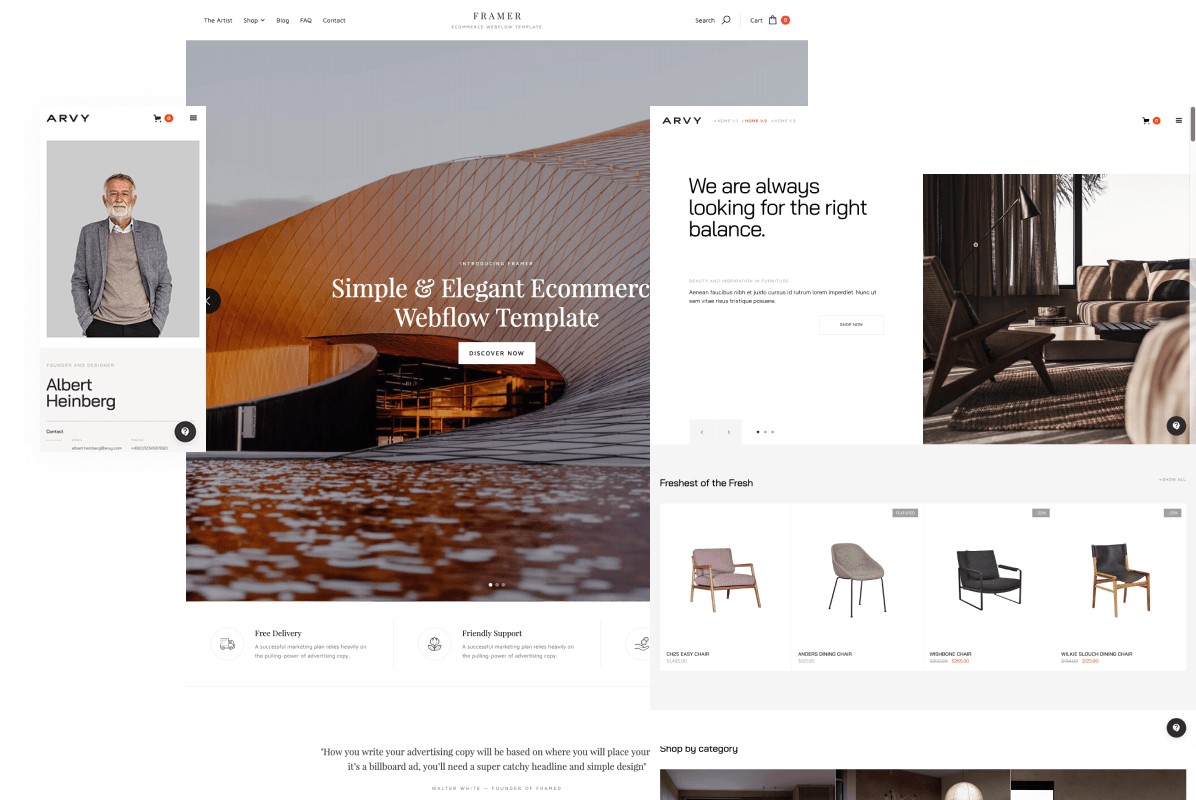