Graphic design archive
exhibits
PUNK
PUBLISHING
EXHIBIT 02 — Punk Publishing
DO IT YOURSELF: OF XEROX, X-ACTO, AND THE ZINE
When your movement opposes capitalism and encourages anarchism, your aesthetic is naturally do-it-yourself (DIY). From the music that birthed the movement to the clothes that set them apart, punks made culture by the skins of their teeth, black-nail-polished fingers, and an abundance of safety pins.
‍
And that DIY aesthetic extended to their means of communication: the ‘zine. Punks all over the world wrote, cut-and-pasted, and painstakingly Xeroxed thousands and thousands of pages to create a homespun yet edgy literature of stories, music reviews, and interviews.
‍
The results were gritty, rough, and mashed up — like a kid fresh from the mosh pit.
EXHIBIT ITEMs
01. Maximum ROCKNROLL
02. Bring on the riot grrrls
tools of the trade
XEROX MACHINES
x–acto knives
tape
computers
paper glue
EXHIBIT ITEM #1
MAXiMUM ROCKNROLL
all work is donated and no one receives any salary. 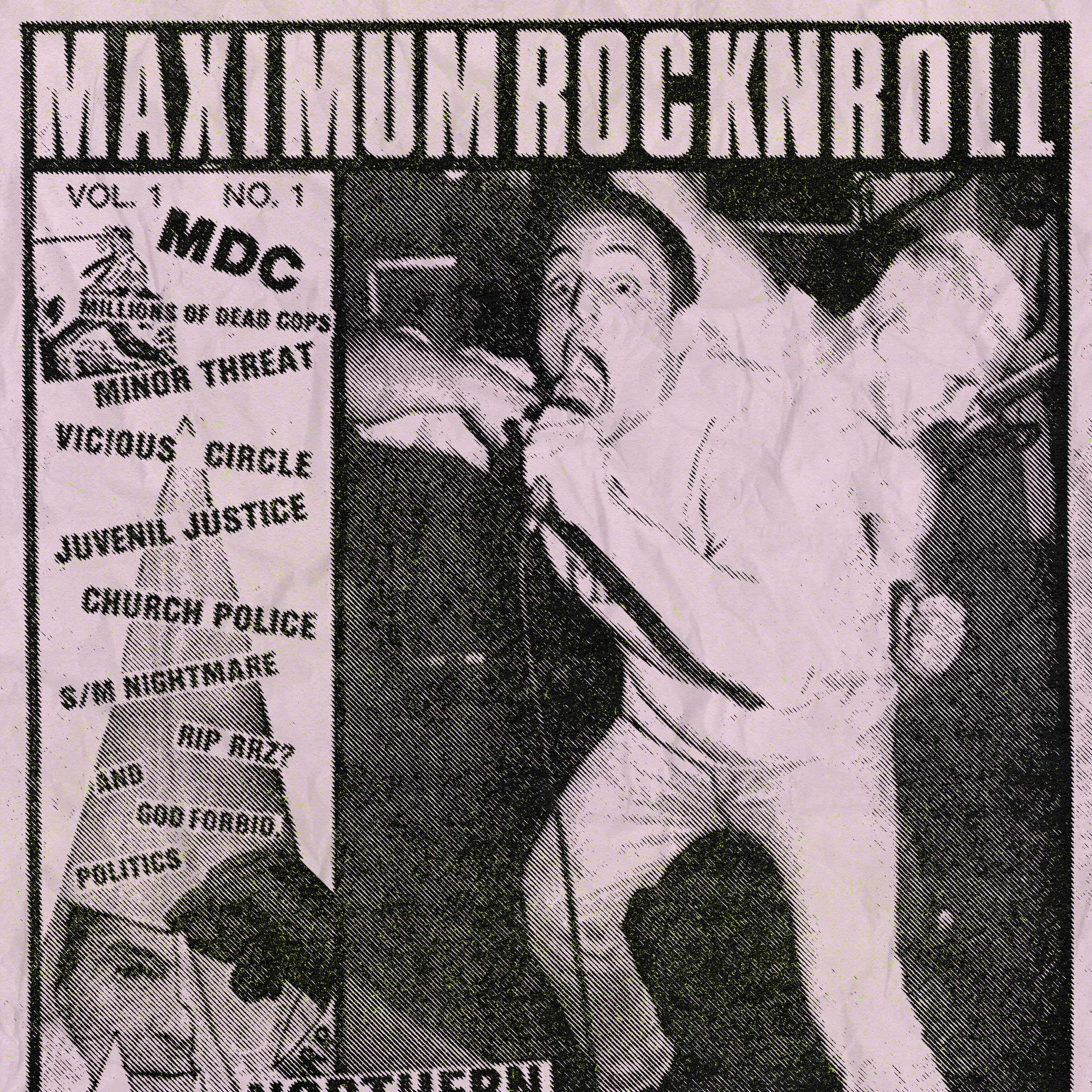 maximum rocknroll answers a question that perhaps no one has ever asked — how do you keep a magazine alive for 36+ plus years on zero money? — but probably should have. Their answer: have a global, mission-obsessed, and utterly unpaid staff.
The world’s most famous fanzine began in 1977 as something completely different: radio show “Tim and the gang,” which covered the worldwide punk scene with a special focus on the SF Bay Area. Personalities included Jeff Bale, Ruth Schwartz, and Jello Biafra (who would, years later, accuse the zine of inspiring the people who beat the $h!+ out of him outside Berkeley’s famed 924 Gilman).
‍
The zine itself launched 5 years later, as the booklet for 1982, as the newsprint booklet in Not So Quiet on the Western Front, a compilation double-LP released by Alternative Tentacles (Biafra’s own record label).
‍
Today, it’s powered by fan-submitted reviews of bands from across the globe, including “scene reports” that attempt to capture the flavor of the local punk movement everywhere from “Dubai to Denver.”
‍
In MRR’s own words, it continues to not only survive but thrive by “remaining stable on the one hand and flipping the bird with the other.” 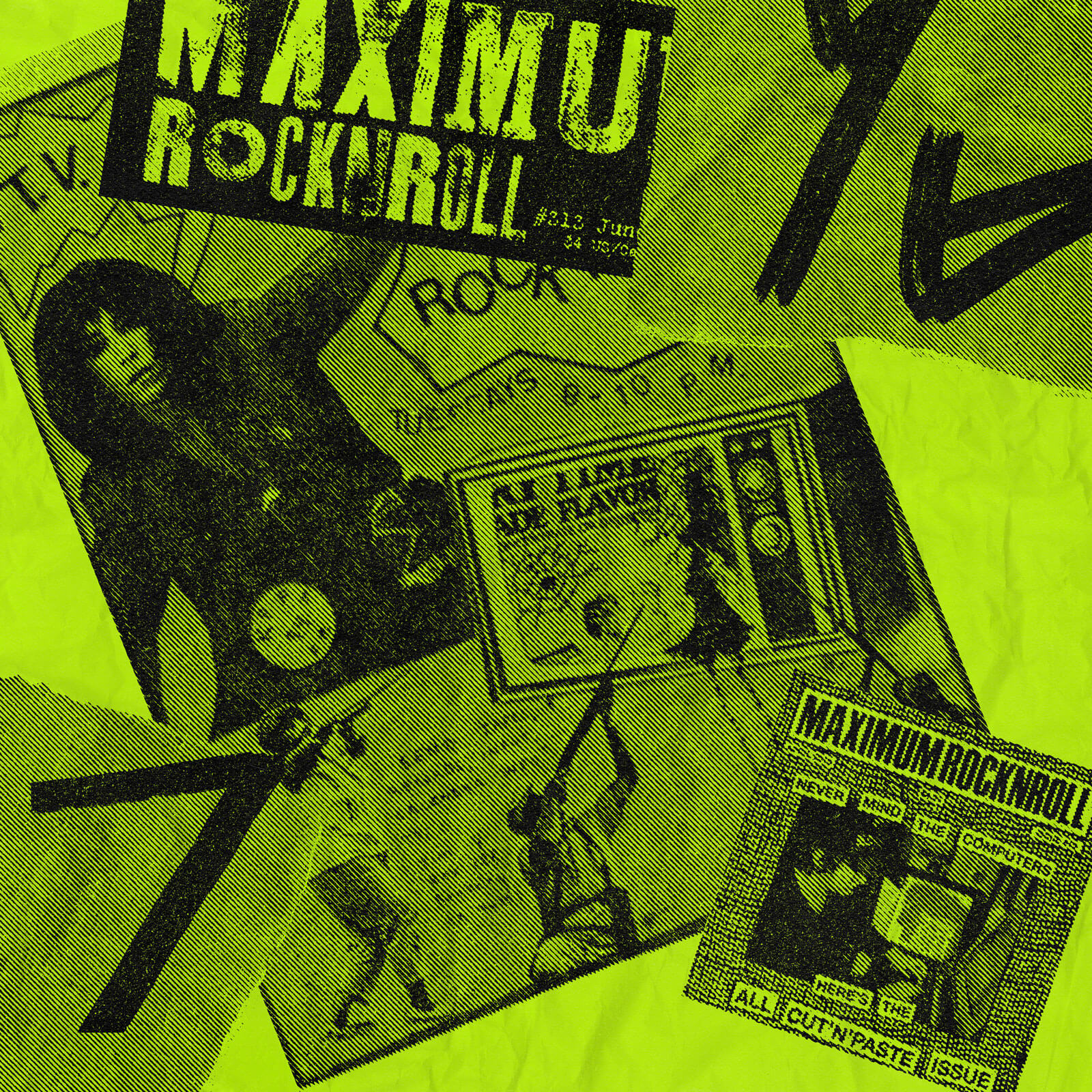 EXHIBIT ITEM #2
Bring on the riot grrrls
IN A GIRL GANG I AM THE NITE … AND I FEEL SO FUCKIN’ FREE. 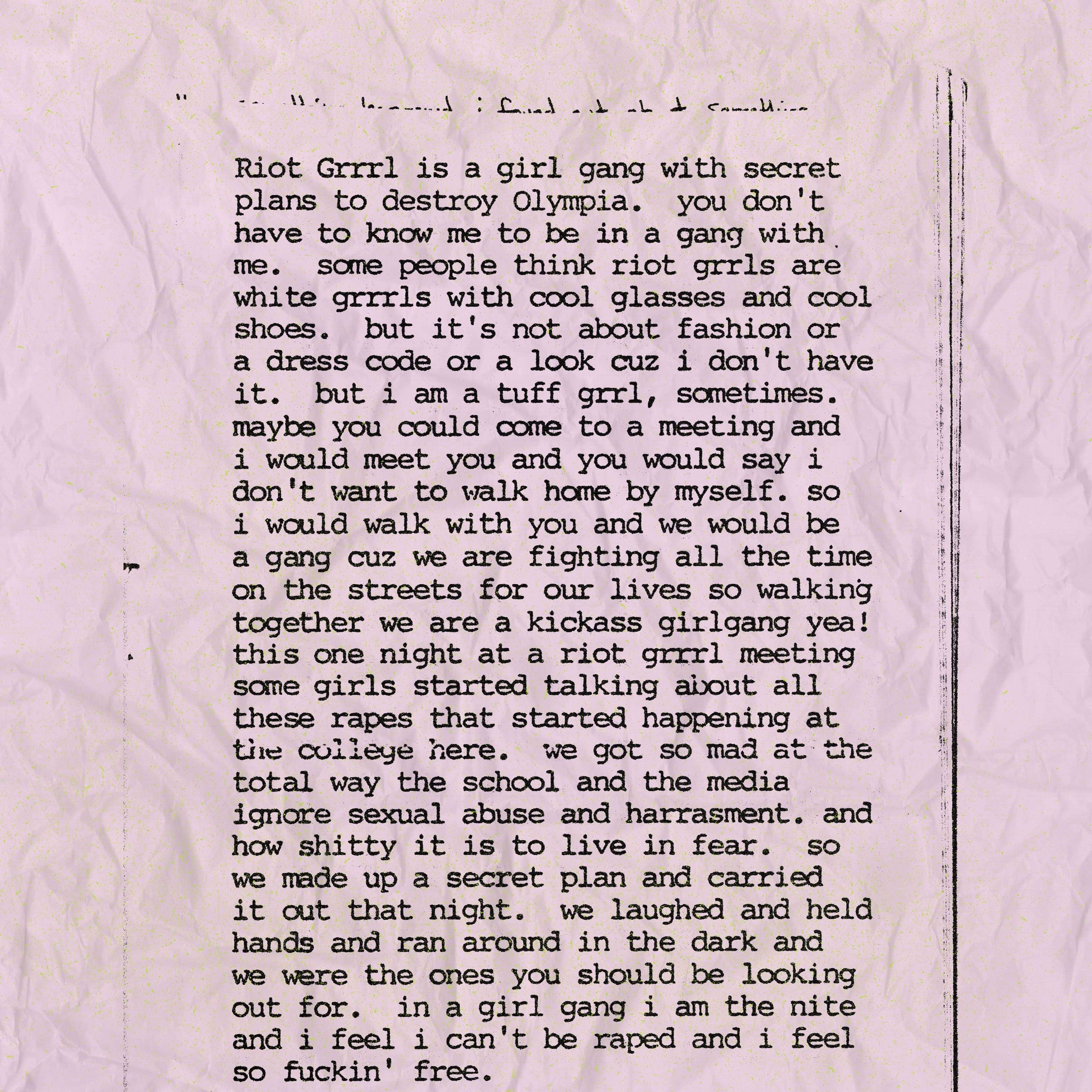 –Anonymous, from minizine  What Is Riot Grrrl, Anyway?
http://flavorwire.com/128822/a-brief-visual-history-of-riot-grrrl-zines
One of the most glaring and recurrent criticisms of the punk movement — and modern Western society generally — is its male-centricity.
Punk’s rejection of capitalism and authority all too often dovetails with the worst facets of what we now call “toxic masculinity” — from the riotous (if often surprisingly kind) whirl of the moshpit to the uncomfortably adjacent neonazi movement.
‍
Enter the riot grrls: a host of passionate feminists embracing the punk ethos and adding on a well-reasoned rebellion against the myriad ways modern Western society oppresses women, including the still-yawning pay gap to unrealistic body images and the too-common violence of sexual harassment. Not to mention the punk scene’s own unrealistic conceptions of femininity.
"
We're helping open male audience members minds. Like, 'Oh wow, you're women and you can play!' But it's like, No shit.”
-Selene, of band Seven Year Bitch 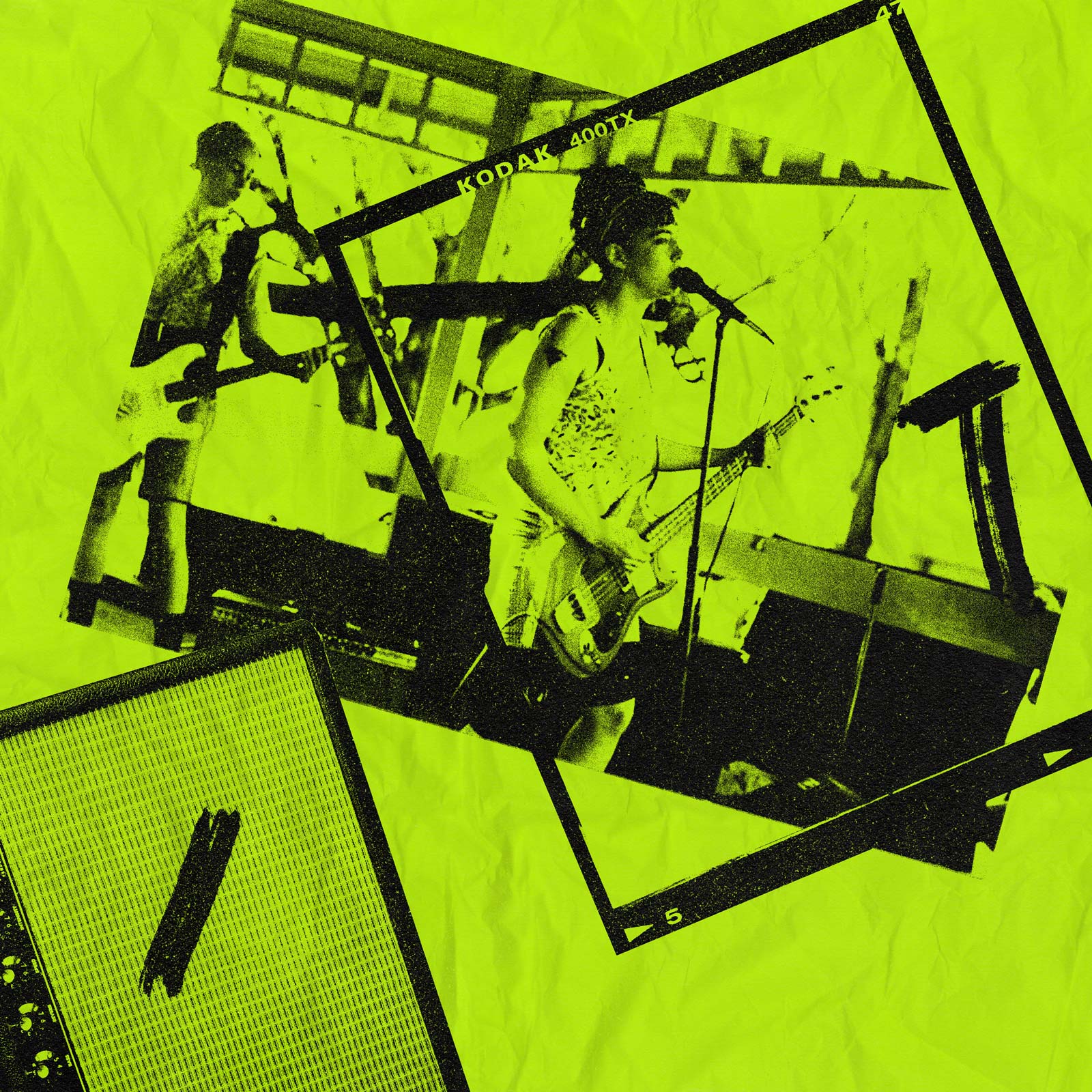 The movement emerged, as they are wont to do, gradually, but centered in Olympia, Washington, not far from where the grunge movement would soon explode. If there was a defining moment for the riot grrls, it’s likely the first night of the 1991 International Pop Underground Convention hosted by K Records. The first night was dubbed Love Rock Revolution Girl Style Now and featured performances from bands like Bikini Kill, Bratmobile, Heavens to Betsy, 7 Year Bitch, and Mecca Normal. 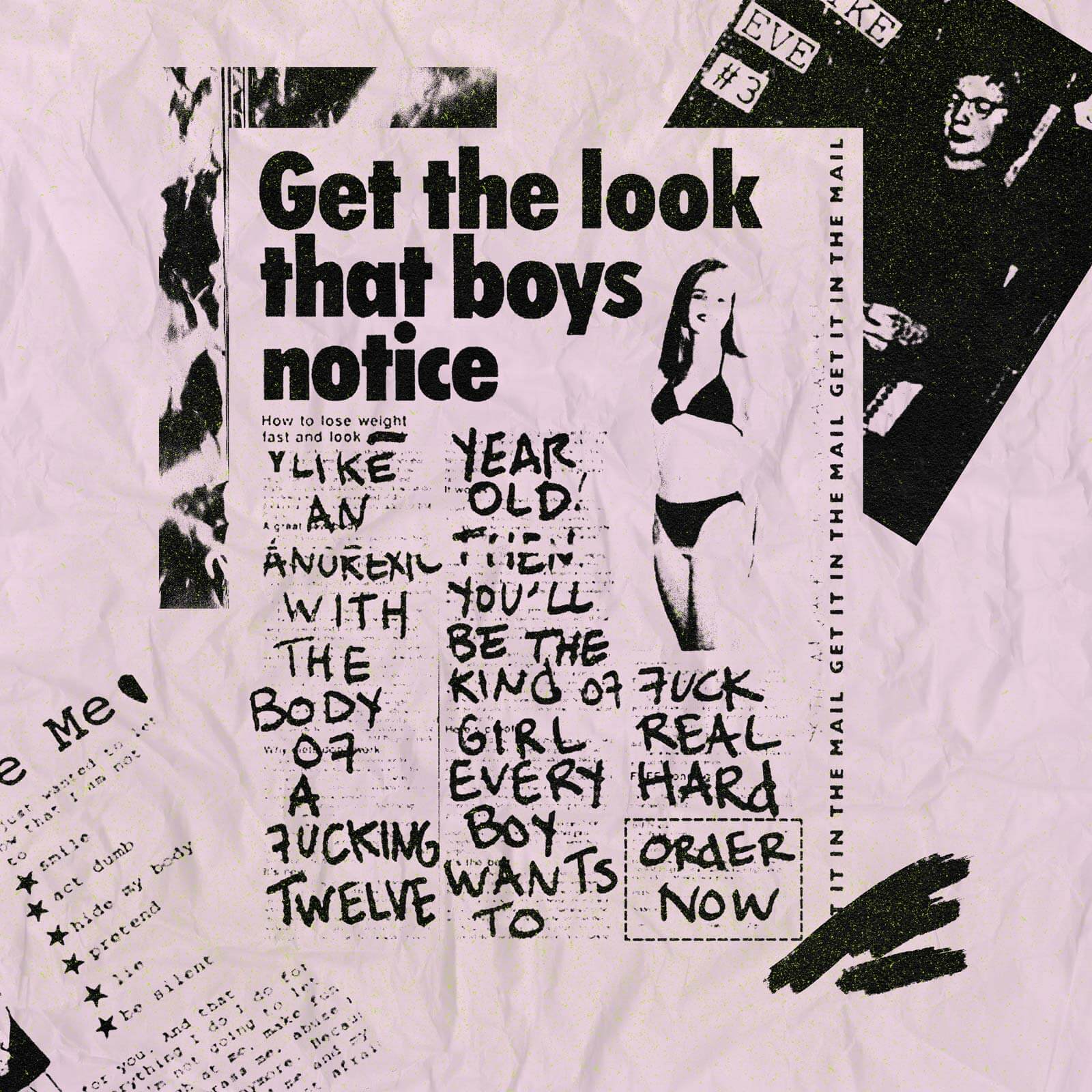 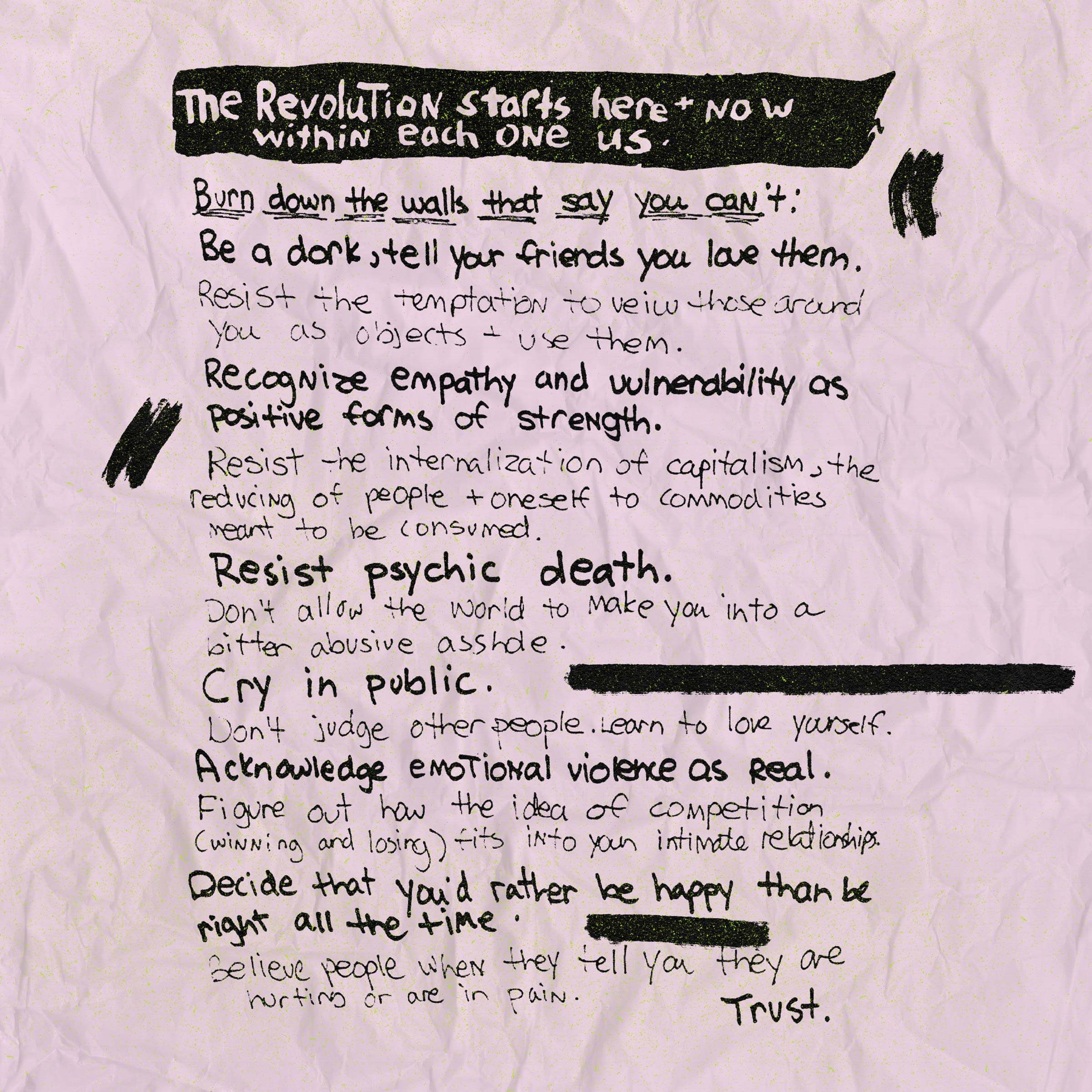 –Kathleen Hannah, from the minizine  Riot Grrrl
This pseudo-manifesto from the movement’s most well-known figure — Bikini Kill frontwoman Kathleen Hannah — exemplifies the riot grrrls’ unique embrace of emotion, their willingness to “weaponize” it against the forces of the patriarchy.
create your own project, just like this one, with webflow.
Get started for free