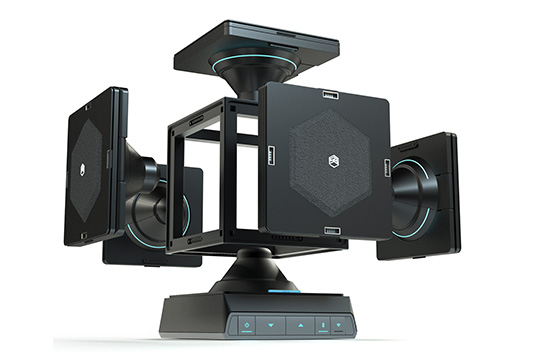 I designed a strange modular speaker system for a group in New York for an Indiegogo campaign. I designed everything, did all the 3d modeling, rendering, etc. The video was done by my friend Dean Fowler at www.machinefilms.com from my 3d models. It was a cool project, but I had to do it in one shot, without having the ability to print physical prototypes. Overall, it came out pretty nice, but I would change a lot if the time where there. The project did not fund, unsurprisingly, since the concept and design was a little "funky". :) We did create fully work 3d-printed prototypes for the campaign, and they sounded amazing. Pretty cool concept, just needed one more iteration.
Feeling inspired?If this Made In Webflow site sparked some inspo, why not get started on a project of your own? Clone a site, purchase a template or start building from scratch.