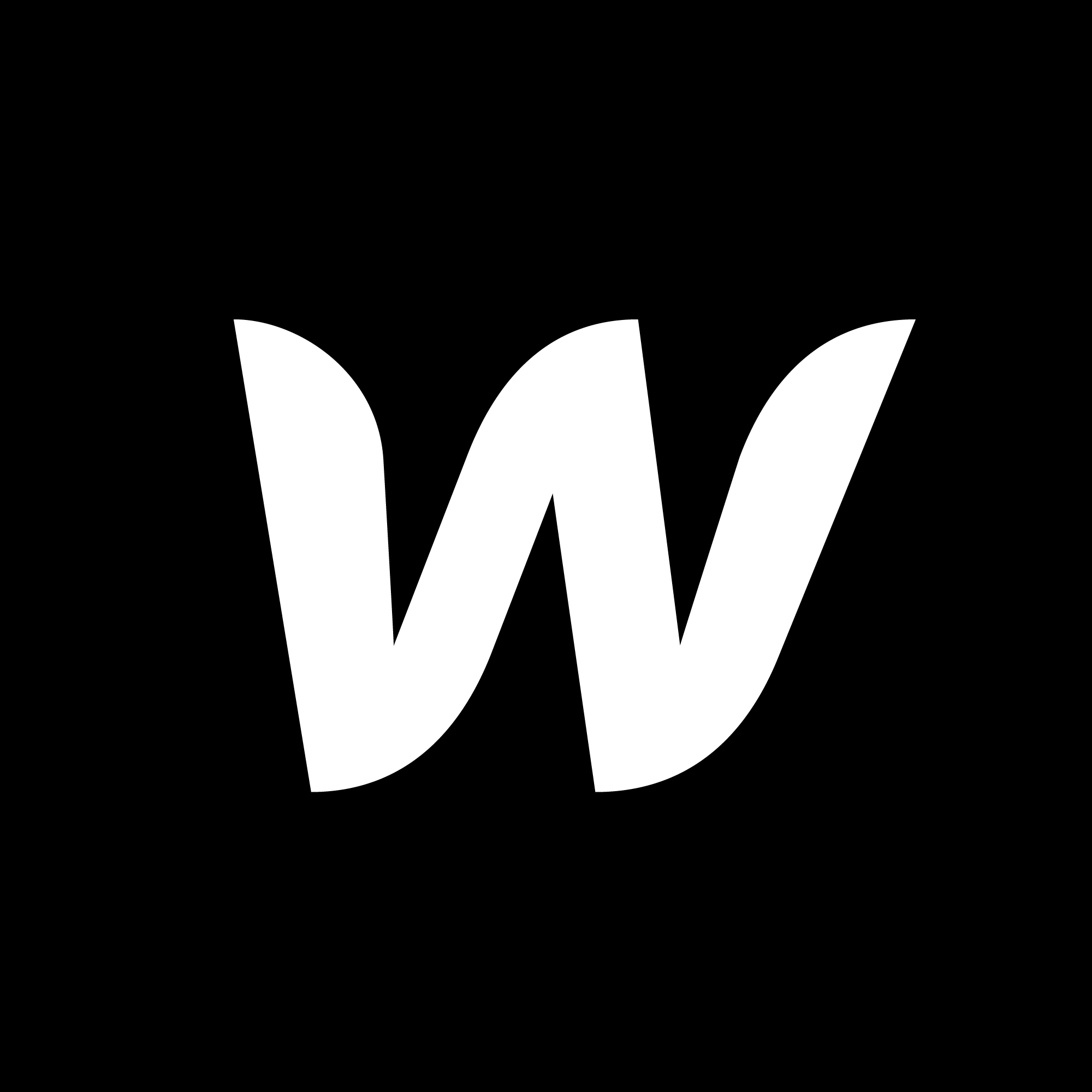 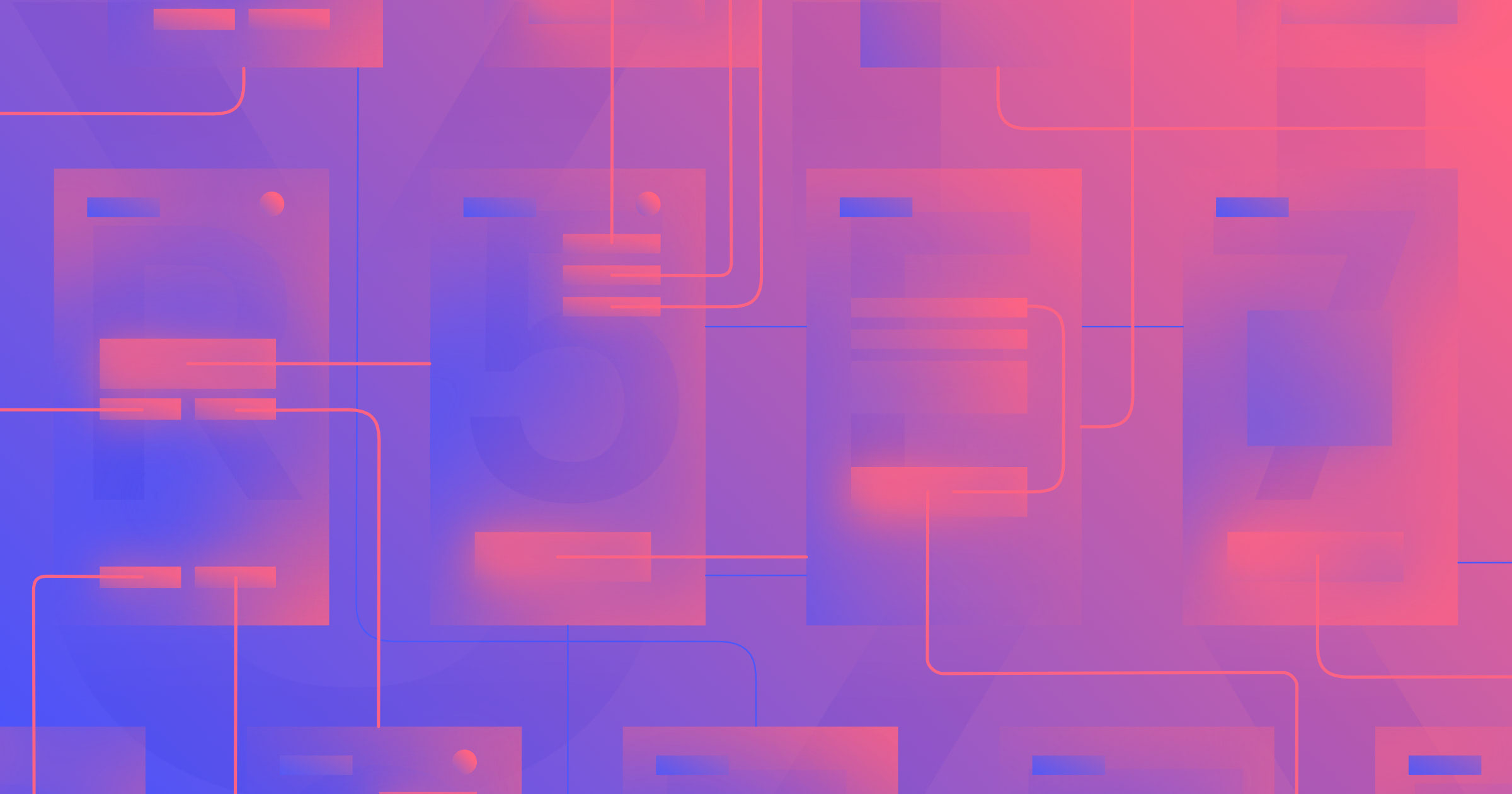 UX design takes poor user experiences, like getting locked out of your account, and untangles it into a clear path.

If you've ever wanted to throw your laptop out the window because you got locked out trying to reset a password, you might be interested in user experience (UX) design. (Who remembers the street they lived on in 5th grade, anyway?)

UX design takes poor user experiences, like getting locked out of your account, and untangles them into a clear path. Great UX design requires empathy, a broad set of skills, and a focus on reducing the barriers between the user and the thing they’re trying to achieve. Great UX helps a user find their most effective solution at the right time—and anyone can practice this with a no-code platform.

UX design is a field of work dedicated to helping a user make their way through a digital process or product with minimal effort and maximum value. Since the UX design field is ever-evolving and relatively new, we might keep coming back to this definition and adjusting it—users, their problems, and how visual developers solve them will change that quickly.

You could argue that people have been participating in informal UX design since the invention of the wheel—really, anywhere a designer improves an experience for a user. However, UX design as a defined field has only existed within the dot-com boom, witnessed by headcount, where an estimated 1,000 UX professionals in the world in 1983 grew in numbers to 1 million by 2017. This coincided with early Apple Computer employee Don Norman coining the term “user experience” in 1993 to define the purpose of his team.

Today, UX design is a field among industries with digital products, such as software and digital services. UX design mainly focuses on a user experiencing a digital environment, like an app, so it also includes the industries of web design and video game development. Any company that uses software must also think about the user experience their customers and employees have with that software, too.

Some common misconceptions about UX design reveal just how vast the field is and how much there is yet to explore in the industry.

This merging of web development and UX design has led to a Cambrian explosion of no-code tools in the past decade, expelling the final myth of UX design, which is that only people with technical backgrounds can be UX designers. No-code development frees up anyone (not just people who know how to write code) to create software without code using a graphical user interface. As more and more technical and nontechnical creators alike embrace no-code development, our definition of UX design will continue to deepen and expand.

Getting locked out from resetting your password is an example of UX design gone wrong, but examples of effective UX design are everywhere, even right under your nose. UX designers at Webflow designed the blog elements that make this post easy to read, just as the team behind your preferred browser considered UX during design to help the page load quickly and scroll smoothly. Here are other signs of UX design behind some popular software:

UX design examples are everywhere, because user experiences matter. Companies who make digital products understand that investing in good UX is not only great for their bottom line, but makes people’s lives easier, too.

Why is UX design important?

One of the most important impacts UX design has had on humanity at large is in accessibility. UX is about delivering smoother user accessibility for everyone, which encompasses all needs—from making sure a page loads quickly, to making the experience accessible to people with dyslexia or those who experience seizures.

Without UX design-minded people at the table, we wouldn’t have the Dyslexie font widely accessible on software platforms. People with visual impairments, for example, sometimes have difficulty reading small, sans-serif text on a dark background, and people who experience seizures can’t comfortably visit a website with flashing, bright animations. A UX designer takes all of these needs into consideration to create user experiences that are effective for every user, making the web a better experience for everyone.

Bad UX at scale can be a very expensive problem, but this also means great UX is good business, especially for companies like 1Password, which has built a $200 million company by solving a simple problem that other interfaces complicate: remembering your password. UX designers find ways to simplify frustrating problems in the built world, which often save users time and money.

Good UX design can decrease the number of frustrated customers quitting a particular software platform (called “churn”) or terminating their subscriptions or contracts, which increases revenue and reduces the burden on customer support to keep those frustrated customers happy.

Core tenets of the UX trade are straightforward: Reduce clutter and chaos in order for the user to accomplish their goal without friction. Great UX doesn’t always mean a grandiose website redesign, either: Some days, a UX designer redesigns a user experience; other days, they just make tweaks that help the user. These fundamental tips guide great UX design:

No matter the scale of the problem being solved, these guiding principles of UX design should inform any project.

The difference between UX and UI

UX design and user interface (UI) design often get mixed up, and that’s fair: They’re sister disciplines both focused on product design, but carry some key differences. In general, UI is about the “look” of a product and the actual elements of layout, where UX is more concerned with the overall “feel” of a product experience. For instance, a UI designer might be tasked with adjusting the login button on Facebook, after a UX designer worked on improving how people feel clicking that button.

UX and UI complement each other, but it’s usually best to hire dedicated specialists separately on your team. That way, the science of UX and the art of UI can live in harmony without one overpowering the other.

What a UX designer does

UX designers study how a process, product, or an interface is used, then design or redesign the experience to make it easier to use the next time. UX designers may have the terms “visual design” or “product development” in their job titles, but usually their main responsibilities are the same across the board: creating or updating the features of a product, validating and testing new ideas with a target audience, and exploring alternate ways of solving user flow problems.

Check out these leading designers’ UX design portfolios showcasing their work in the field to learn more about what a UX designer does.

Technically, UX is iterative and never-ending. The more you learn about your users, the more you’ll need to meet them where they are—which will always change! A basic design process helps UX designers create great experiences repeatedly and at scale. Here are seven steps that every UX design process must follow.

Tools for UX and UI design

Since UX is so conceptual, you need UX/UI design tools for visualizing these complex flows that will help you solve problems more effectively and communicate those solutions to your team.

There are plenty of tools you can use to bring an idea to life, from wireframing to testing. For example, you can build mock-ups on Sketch or Proto.io, then prototype in InVision or Figma for user testing and real-time collaboration with your team. Read more about our 17 favorite UX and UI design tools.

UX design is an expansive, shifting industry with constantly new inputs, iterations, and ideas to keep track of. Designing user experiences requires an empathetic learner’s mindset in order to adapt and grow along with the user and the industry. It might seem like getting started with UX design is only for people with design degrees or people who went to coding bootcamps, but that’s not true—with the right mindset and tools, anyone can begin designing great user experiences.

Webflow’s no-code philosophy and platform frees you up to focus on an excellent user experience. If you’re new to UX design, you can get started prototyping an idea right away without any formal design or coding training. If you’re an experienced designer, you don’t have to let wireframe-to-prototype bottlenecks or approvals weigh you down in your design process. Prove a concept quickly with an easy prototype, then build in more opportunities for UX design feedback sooner.

The more UX designers there are out there, both “professionals” and newcomers alike, the more focus there will be on building great user experiences for all of us. And the more unique backgrounds and perspectives help shape the future of the web, the better it’ll become. It’s time to put more good UX design out into the universe: Start putting your UX design skills to work in Webflow right now. 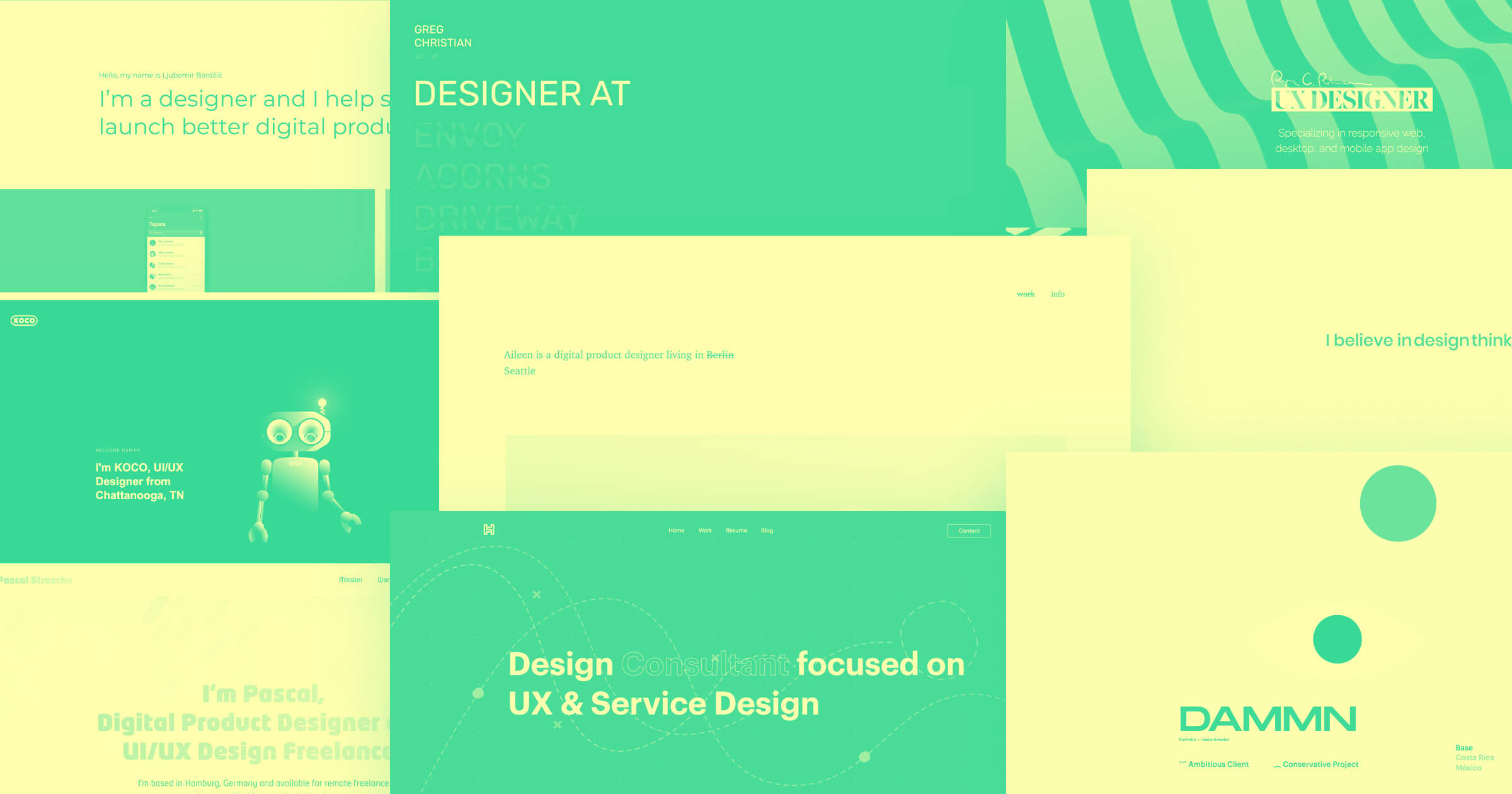 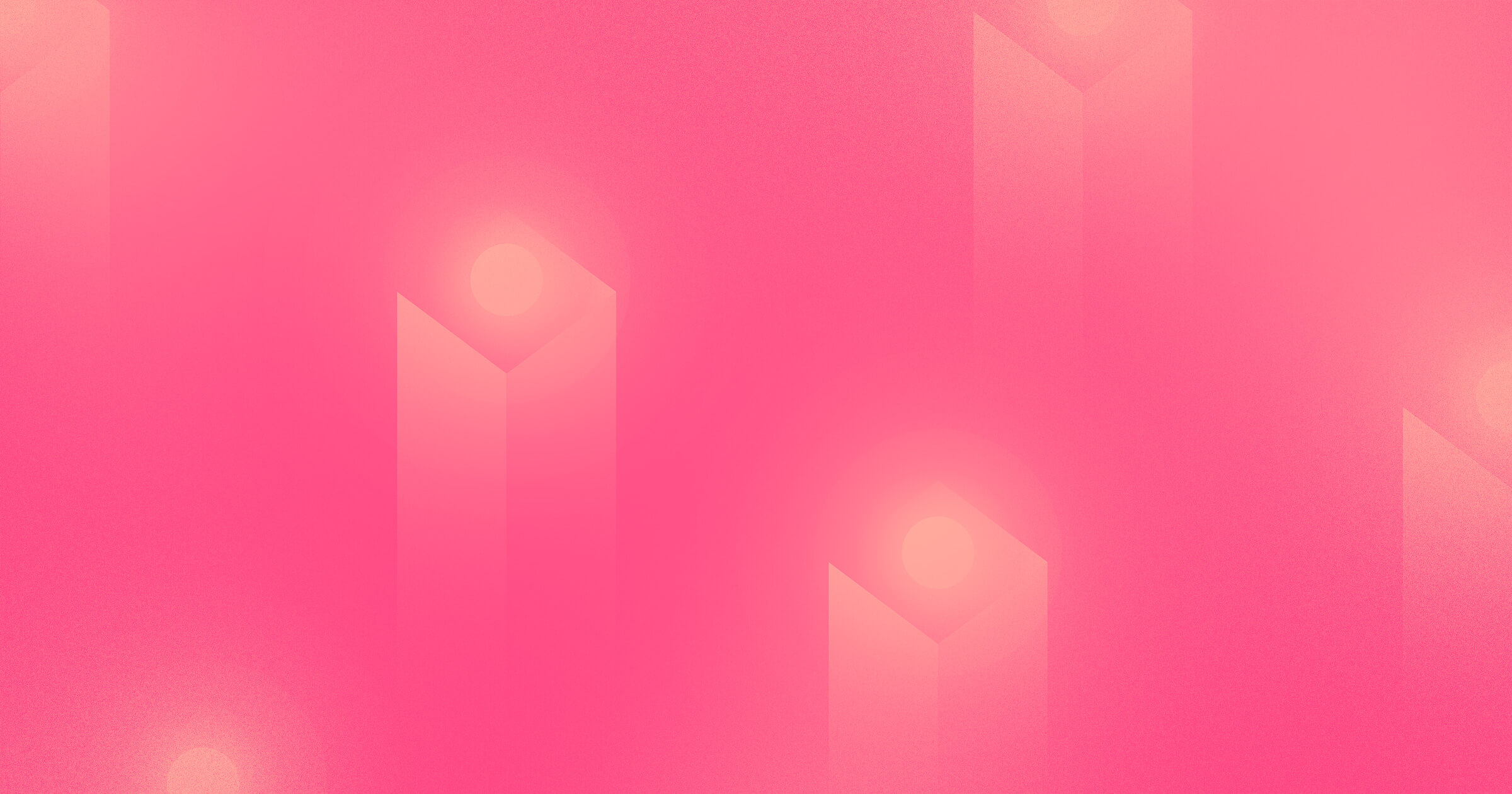 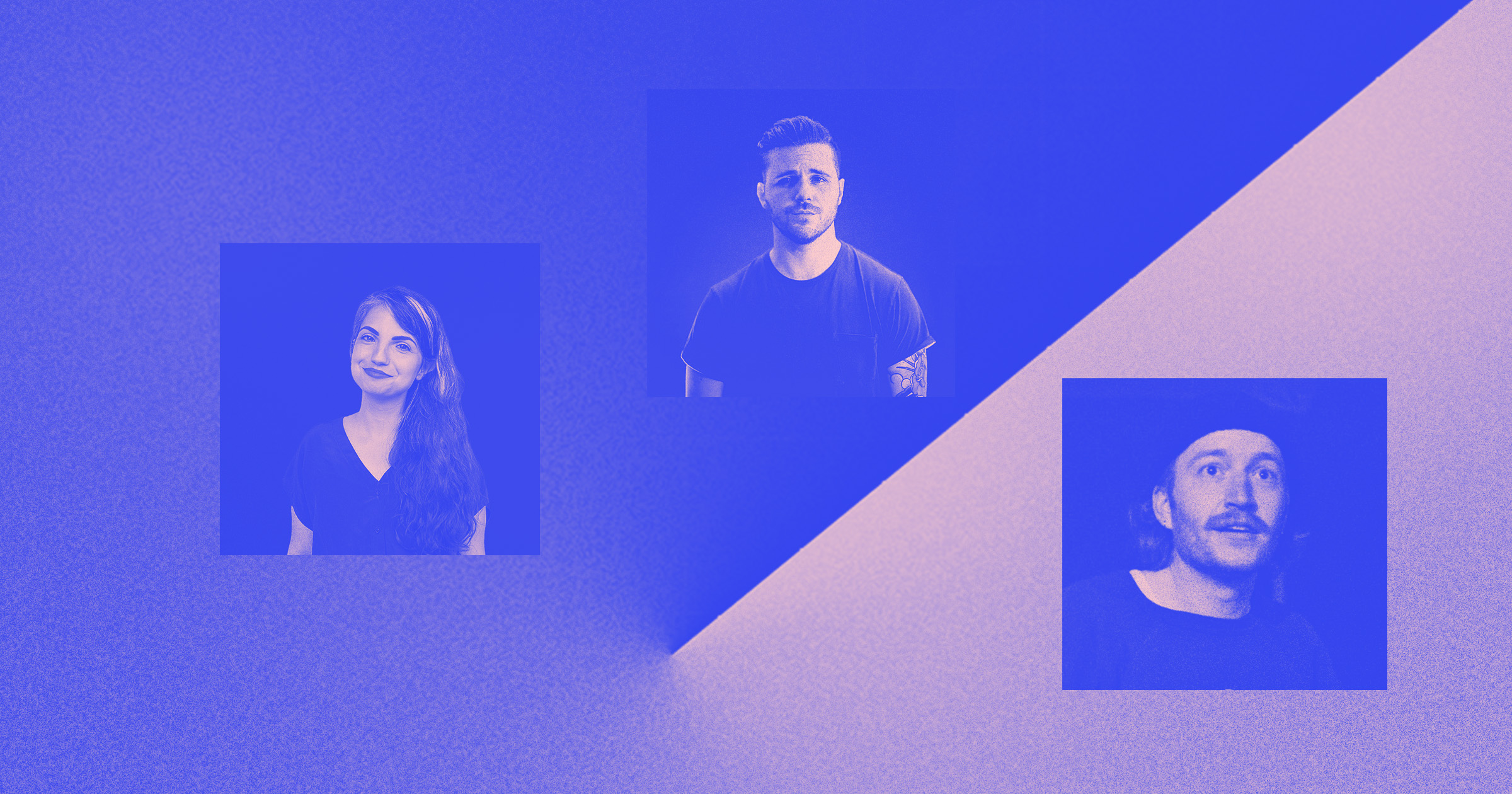 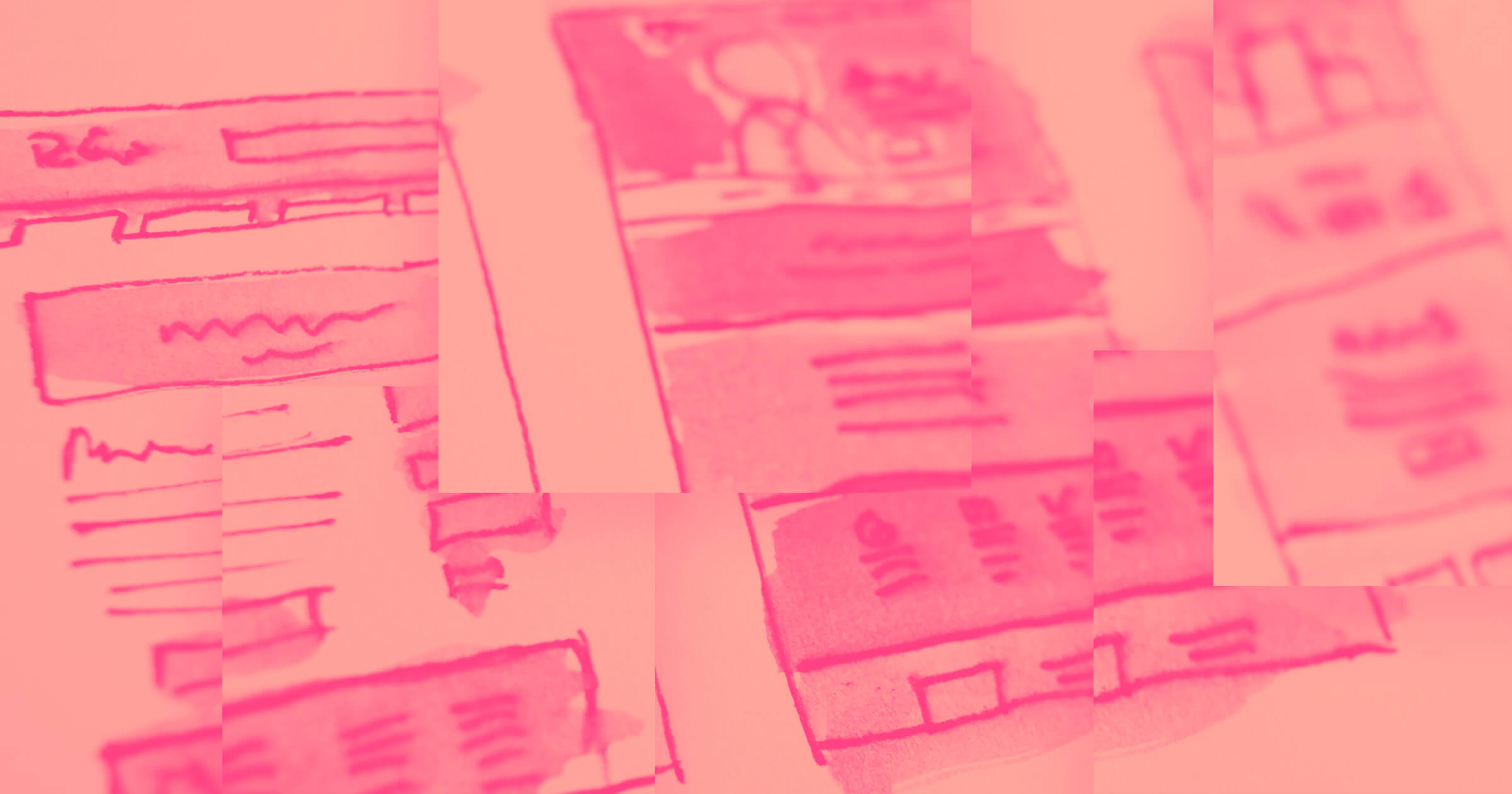 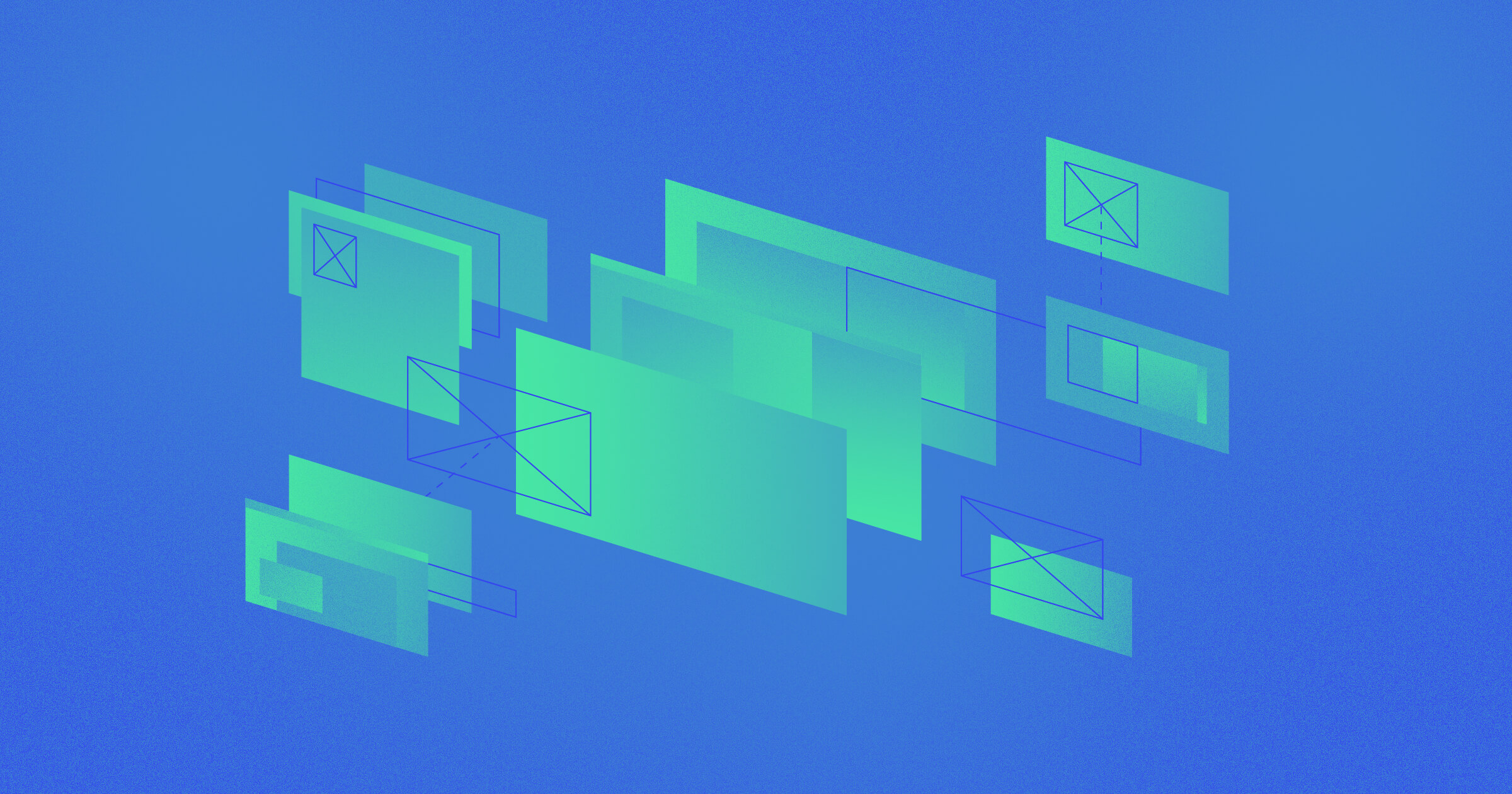 What does a UX designer do? 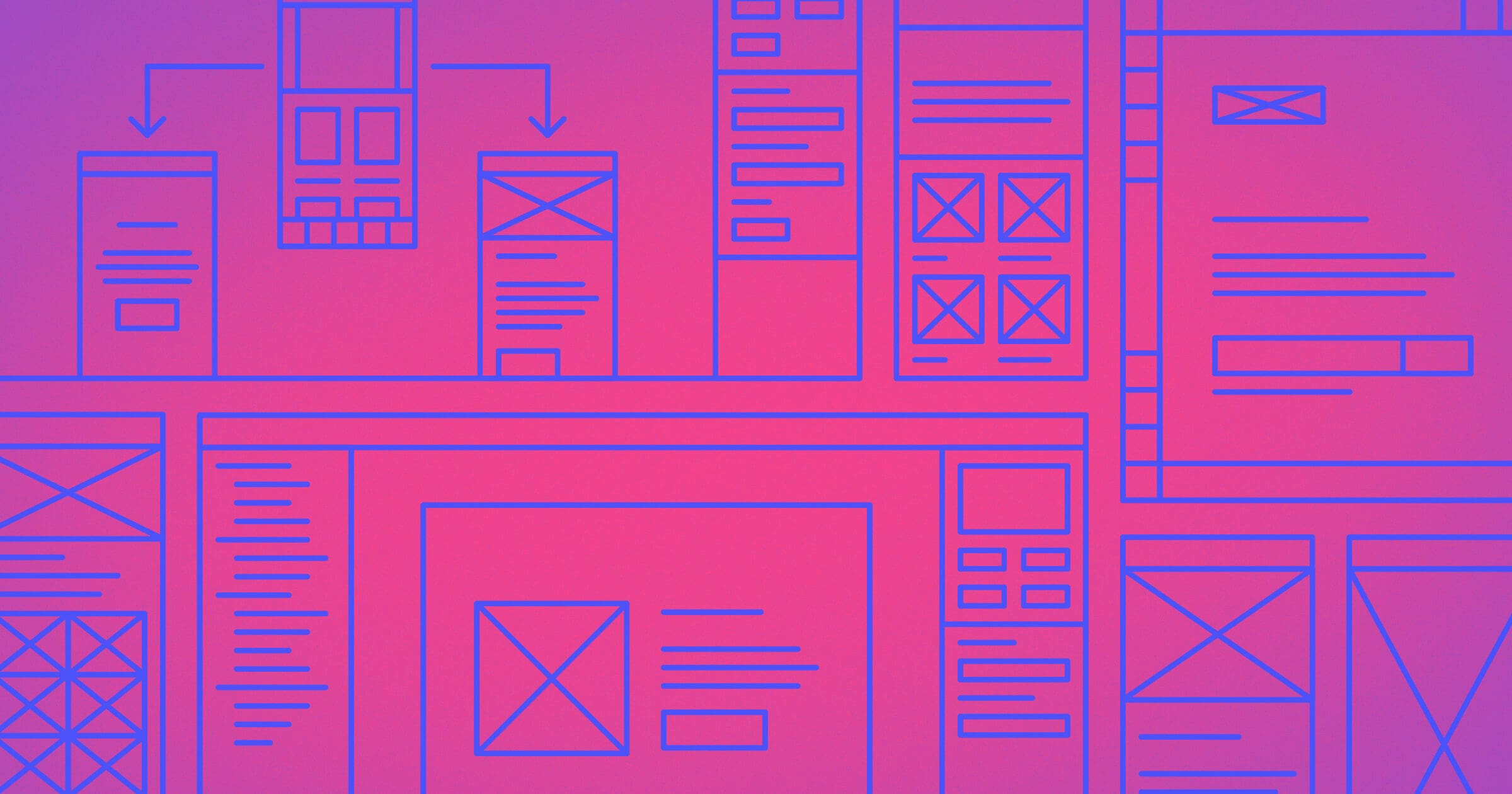 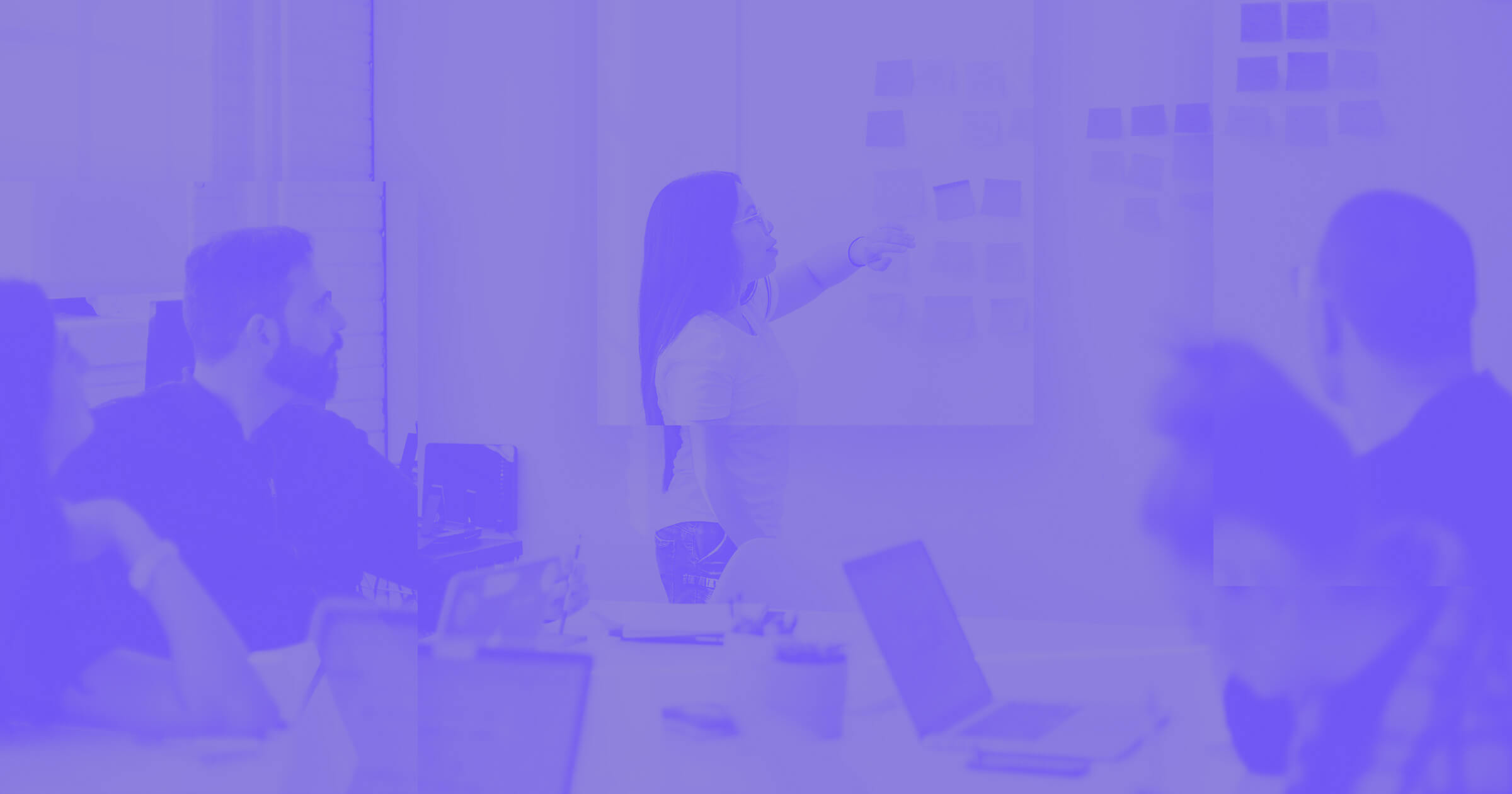 How to become a UX designer: Everything you need to know 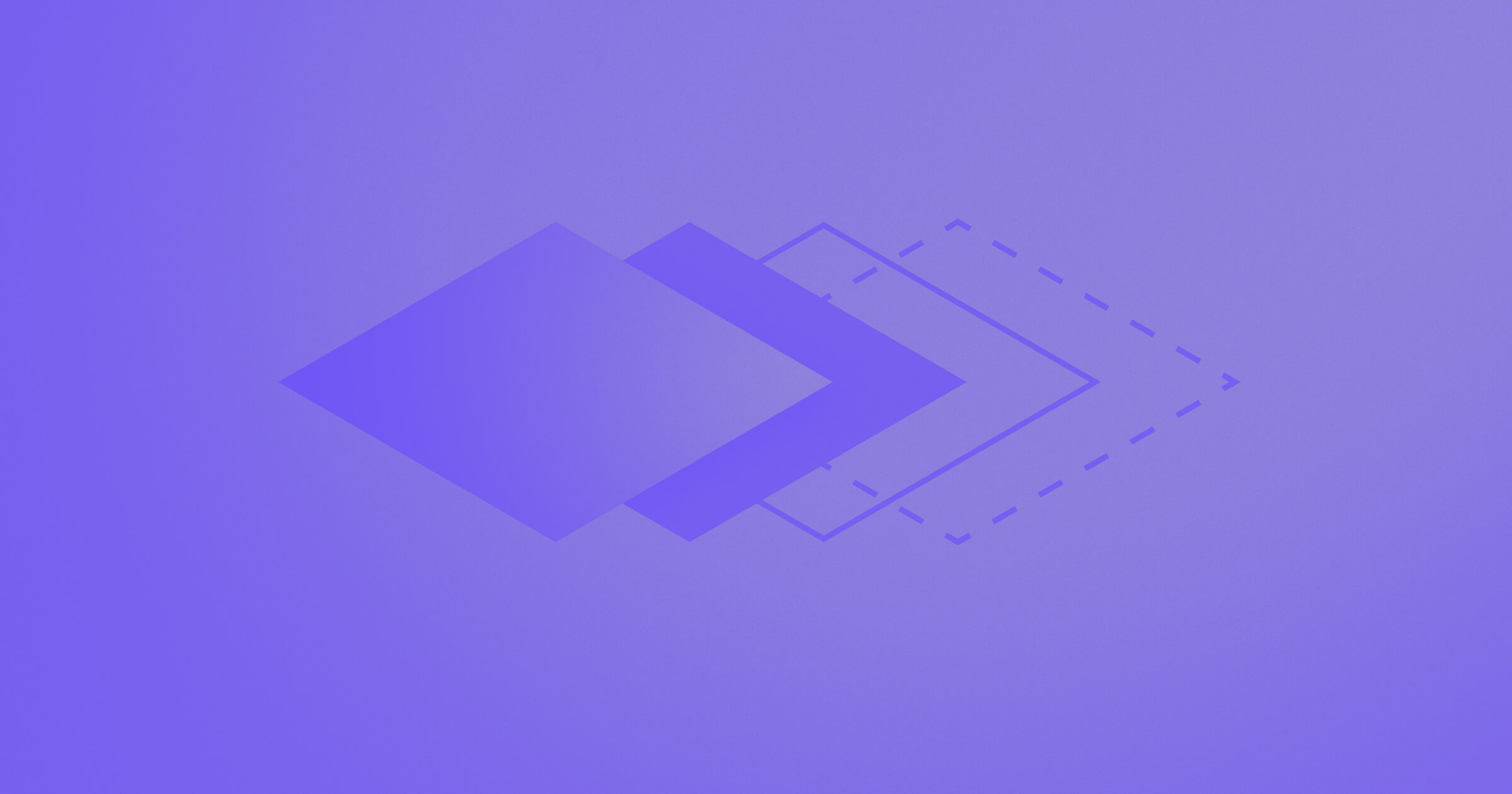 The complete guide to Lean UX