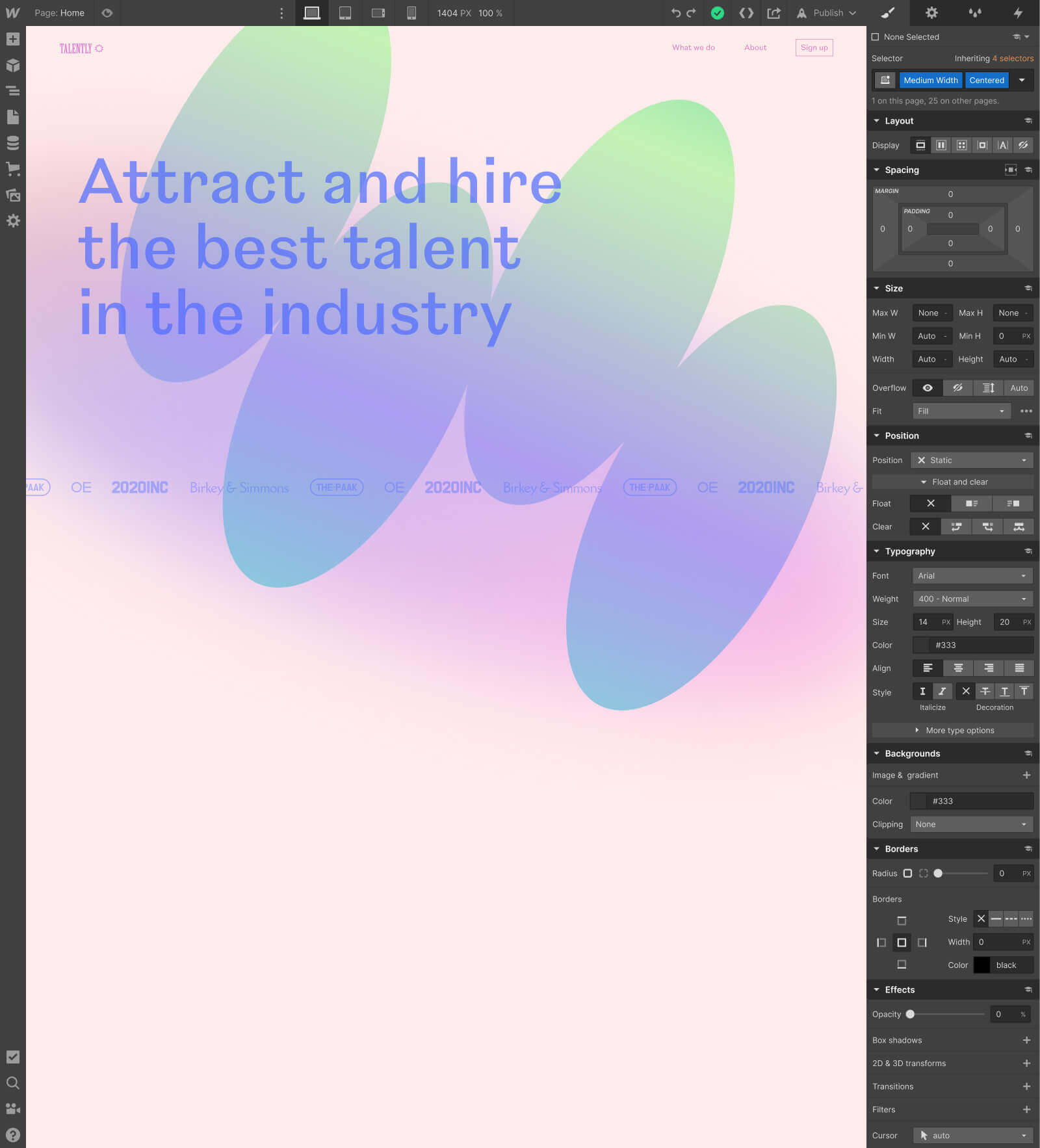 Rakuten SL switched from WordPress to Webflow to save time, money, and security headaches

When it came time for another website redesign, the Rakuten SL team chose Webflow as an alternative to WordPress that would address security concerns and let them build new pages faster.
12.7%
increase in pageviews
9.5%
increase in new users
27.9%
decrease in bounce rate 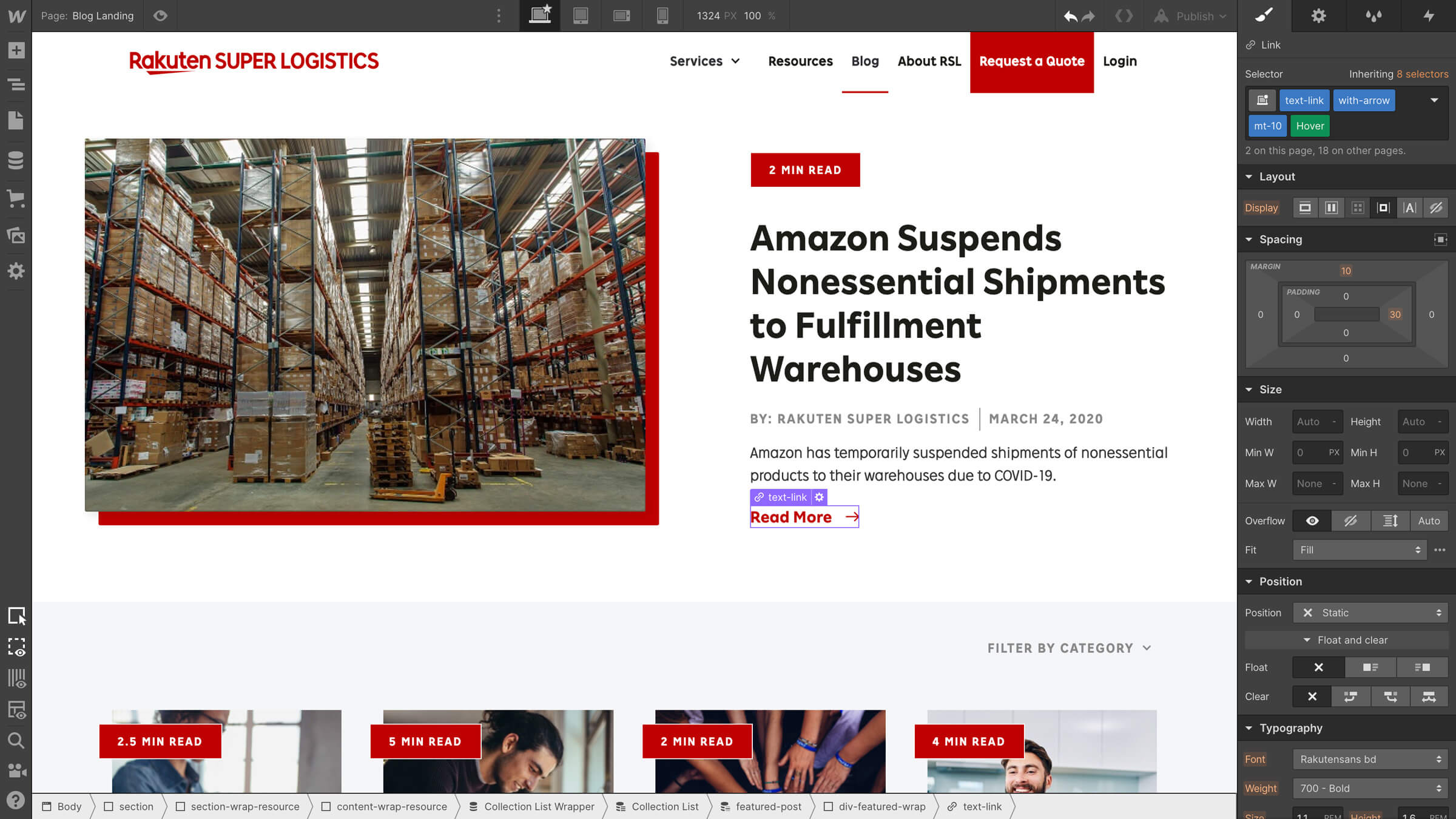 No items found.
Share
We’ve saved thousands of dollars in the last few months since switching from WordPress to Webflow. Now my team can make changes in 20 minutes that would have taken an expensive programmer 4-5 hours. 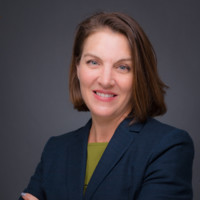 Fed up with WordPress

Since we were planning a website redesign and had known security and outage issues with the WordPress site, we took the opportunity to do some research and find a solution that was both easy to use and secure. Webflow was the leading solution.

After over three years running their website on WordPress, the team at Rakuten SL decided they were ready for a new approach. Across the company, WordPress had been the source of considerable frustration, with a couple major recurring issues:

As the Rakuten SL team geared up for a website redesign, they took this opportunity to look into new options. Their internal Marketing Technologist brought Webflow forward as an option that would address security concerns and give them greater control over the site, and some after “extra diligent research — probably too much” to compare this “new” option to WordPress, Sarah Smith, Marketing Operations Manager, decided Webflow was the “leading solution.”

On top of that, Rakuten Global approved Webflow as the “most secure option” among all the alternatives the team brought forward, which made the decision even easier.

We were very concerned that Webflow was a relatively new product and was not ‘proven’ the way WordPress has been over the years. Going with the ‘underdog’ inherently has risks, and we were extra diligent in our research. In retrospect, we may have been a bit overzealous in our due diligence. It has turned into one of the best decisions we have made though.

We’ve saved thousands in the last few months since switching from WordPress to Webflow. Now my team can make changes in 20 minutes that would have taken an expensive programmer 4-5 hours.

After making the call to switch from WordPress to Webflow, the Rakuten SL team worked with AdLava, a web design and development agency in Las Vegas, to redesign and rebuild their site in Webflow. The migration was “fast, easy and flawless.”

Now that they’ve made the switch, the Rakuten SL team is able to make updates to the site in a matter of minutes, when they would have needed to hire external freelancers in the past. Beyond these design changes, Sarah Smith found Webflow “just as easy” to use as Wordpress, “if not easier.”

I was able to do a lot of the day to day updates in Wordpress, and I find it just as easy in Webflow if not easier.

Since rebuilding and redesigning our site on Webflow, our on-site engagement has risen dramatically. Even with previous redesigns we never saw these results.

Since making the transition to Webflow, Sarah Smith pointed to a dramatic increase in on-site engagement that she credits to the new design and organization on their site. A snapshot of the improved metrics they’ve seen includes:

In addition to these website performance metrics, the Rakuten SL has an entirely new level of control over their site. Now, instead of being beholden to the availability and review cycles of freelance developers, they have the power to make changes on the fly internally, whenever those needs arise.

Dell’s Customer Experience design team delivers full-fidelity prototypes so their development team can implement designs faster, with less back and forth.