How the switch to Webflow helped Virta improve design and accessibility 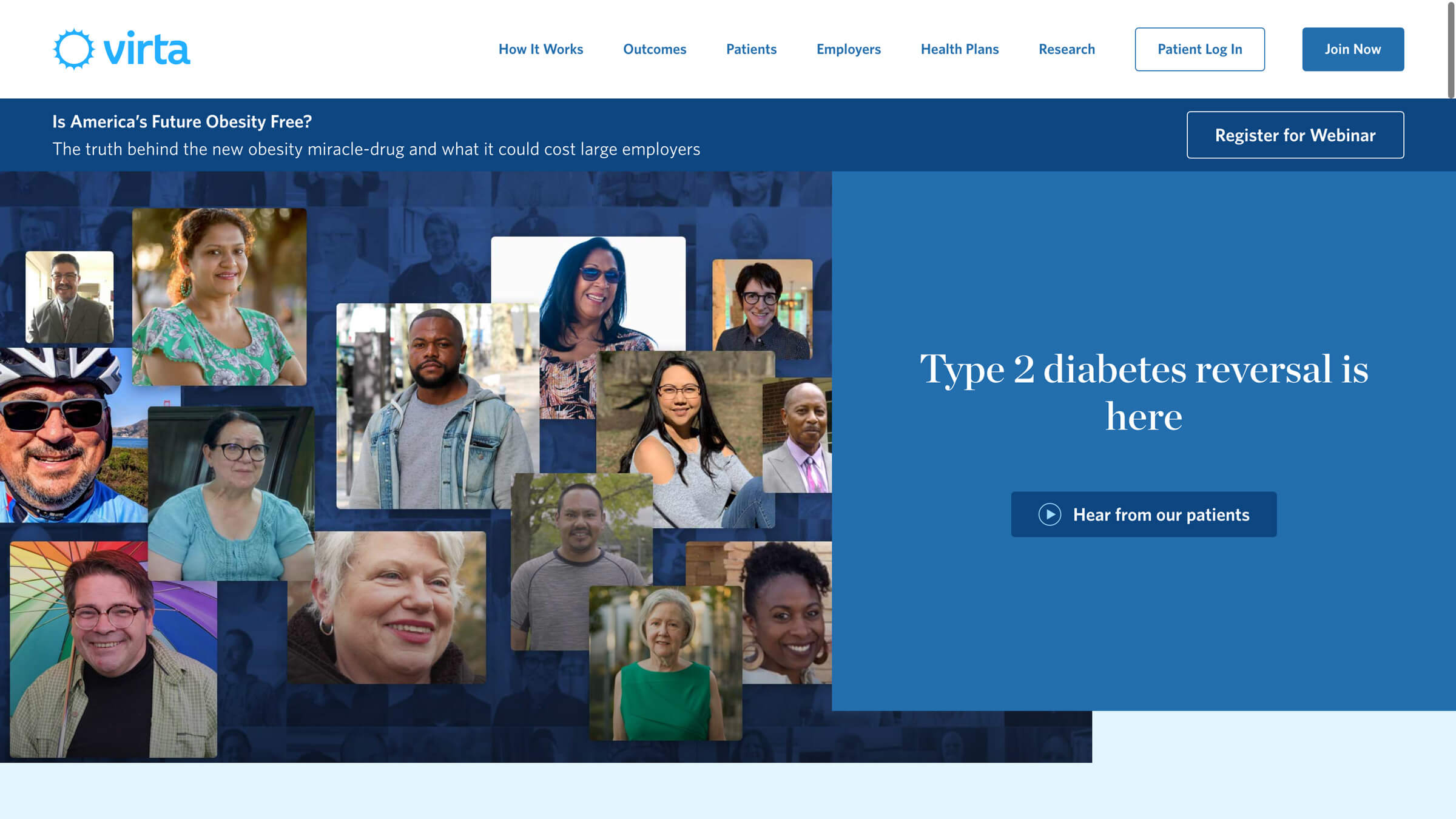 No items found.
Share
With Webflow, we can take on more projects than before, with better, faster results. The partnership between marketing and design has really improved, as has our team’s excitement for working on our website. 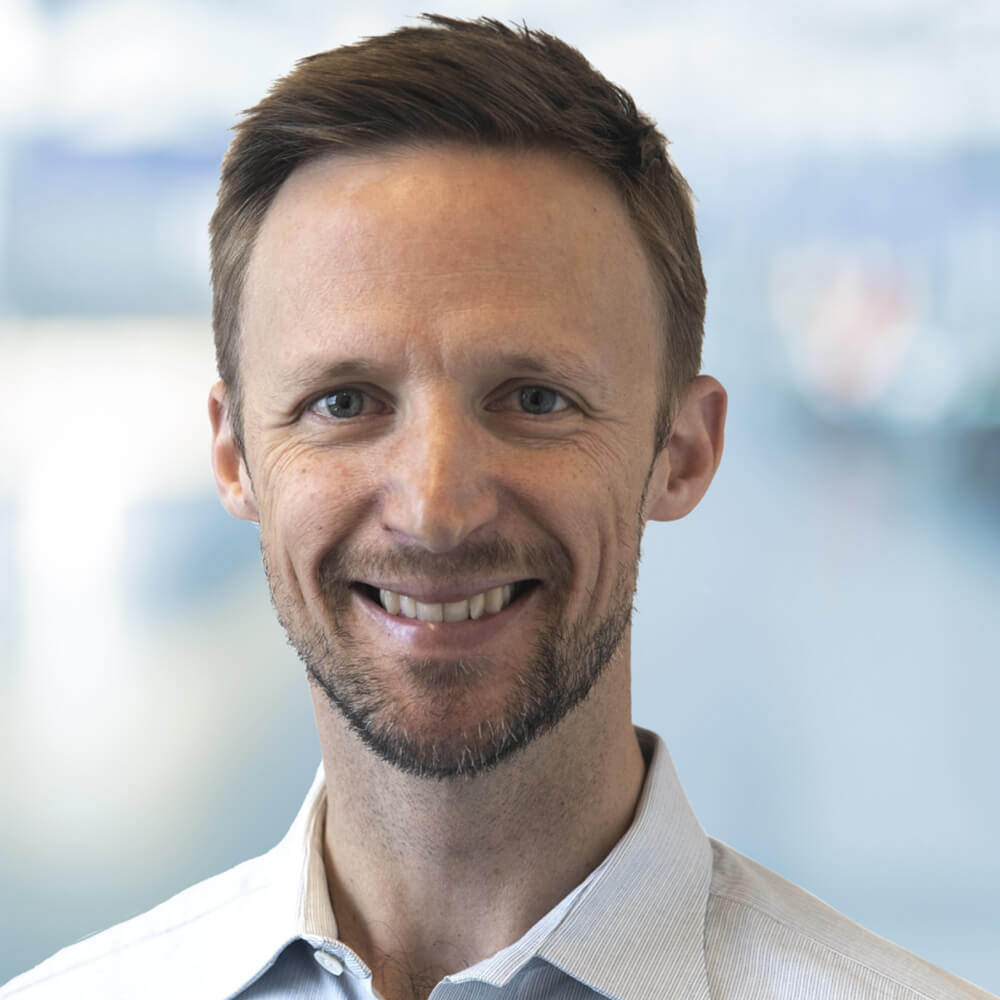 The journey to Webflow

Updates were tedious. Frequent and simple changes, like those to our press page, required engineering involvement, which wasn't the best use of their time

Before moving to Webflow, Virta Health’s main site was built in-house by a UX engineer. While the site worked well, there was no CMS, making updates difficult and time-consuming for the marketing and engineering teams.

Additionally, their blog was built in WordPress, and over time it became bloated with plugins. While it worked “just fine” according to Garret Voorhees, Senior UX Design Manager at Virta, it lived on a subdomain, negatively affecting SEO and continuity between their site and their blog. “There was always a weird separation where we wanted the blog to feel like it was on the same site, but with the blog in WordPress, it had to exist on a subdomain,” Garret said.

From a communications perspective, Paul Sytsma, Virta’s Senior Director of Corporate Marketing, reiterated the difficulty behind making changes from a content perspective. “Updates were tedious.” Paul said. “Frequent and simple changes, like those to our press page, required engineering involvement. Webflow dramatically increases the speed of those changes while optimizing our team’s resources.”

Webflow gives you all the design control you need without having to go deep into the code.

By the time their marketing team started growing, Garret came to the realization that their site just wasn’t serving them as best as it could (or in the ways they wanted it to). Plus, as they approached a rebrand, he realized it “didn’t make sense to do all of that work with this system that wasn’t working.” So, Garret and his team decided to find a new CMS where they could re-platform their site and their blog.

Garret and his team thoroughly explored their options — namely WordPress, Webflow, Wix, and SquareSpace. By the end of their search, they performed a feature comparison between WordPress and Webflow. And, well, the rest is history. “What it came down to was that Webflow gives you all the design control you need without having to go deep into the code,” Garret said. Since the design team would be living in Webflow the most, they made the final decision — but they had full support from the marketing team.

They also had the help of the agency they worked with to design their Webflow site, Edgar Allan. "If we had gone the WordPress route, we would have been relying more on our agency to make updates, outside of major changes,” Garret said. “We can build new pages, update things, and evolve our website over time without needing to go through an agency. And for me, as a designer, having that control is really important.”

Although there was a lot of back-and-forth between the security and design teams during build-out, Webflow was (and is) still the more secure solution for them. “The whole plugin ecosystem introduces so many potential vulnerabilities that moving away from WordPress worked out in our favor during the security discussion,” Garret said.

A successful switch and continued success

With Webflow, we can take on more projects than before, with better, faster results. The partnership between marketing and design has really improved, as has our team’s excitement for working on our website.

The design team at Virta collaborated with digital agency and Webflow Expert Edgar Allan to handle most of the migration to, and rebuild in, Webflow.

Virta worked alongside Edgar Allan, getting involved in the process so that their internal team could learn how to use Webflow simultaneously. Throughout the process Virta learned all the necessary ropes: migrating blogs from WordPress to Webflow, getting comfortable working in the Editor, making small changes and cleanups, and more. Because of their intentionality and willingness to learn, the Virta team can now do just about everything in Webflow themselves — without support from the agency.

Paul is also a big fan of Webflow, after learning just how easy and user-friendly it is to make changes to the site in the Editor and the Designer. “Sometimes it actually is faster for me to just go in and edit something without needing to assign it out to someone else,” Paul said. Now, he tries to get all of his friends to use it.

I recommend Webflow to other companies, and I’m delighted to do it. Webflow provides both power and flexibility, without me having to worry that I might break something.

As far as day-to-day usage goes, Garret and another designer on his team spend the most time in the Designer, while the marketing team works on blogs, edits, and content updates in the Editor. “Occasionally, we’ll need engineering support on accessibility or integrations,” Garret said. But for the most part, he and his team members can work autonomously, sometimes spinning up new pages in “under a minute.”

Aside from internal advantages, Webflow has shown its value in the metrics, as well. “Our site loaded literally twice as fast after switching to Webflow, even without rigorously optimizing every image,” Garret said. Paul also added that they maintained and, in some cases, improved upon their site SEO and keyword rankings.

I’ve learned a ton, and I feel confident that any future building I do in Webflow can be made accessible without a ton of extra effort.

The entire team at Virta Health is mindful about, and committed to, making their site as accessible as possible. (And we share those values.)

Throughout various builds, they’ve always been mindful of the more common accessibility considerations, like text contrast and alt text. But when they gained a customer with a legal requirement to meet WCAG 2.1 AA standards, they began more rigorously auditing their site with WebAIM and working with Webflow’s accessibility experts to work toward becoming fully compliant.

They’ve also been added to the beta group for new accessibility tools in Webflow, and have worked closely with our team to find workarounds for accessibility requirements that aren’t yet natively supported in Webflow. “It’s been super eye opening for me,” Garret said. “I’ve learned a ton, and I feel confident that any future building I do in Webflow can be made accessible without a ton of extra effort.”

In the midst of a major rebrand, Attentive moved from WordPress to Webflow to unlock the creative potential of their website.